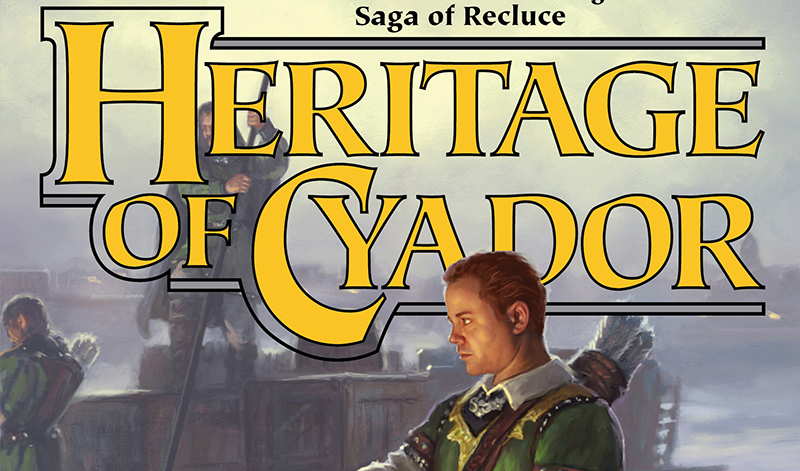 L.E. Modesitt plays a long game with his Saga of Recluse series. Eighteen novels into this epic tale, Heritage of Cyador continues with the exploits of the grey mage Lerial, whose aid in the defeat of the Afritan army in Cyador’s Heirs turns out to be far from decisive. Now a new border conflict—this time, on the border between Afrit and Heldya—draws Lerial into yet another war. Modesitt’s style is pretty dense, and his preoccupation with everything from mercantile politics to military strategy is frankly daunting to overcome at times. In short, you’re going to want to whip out a pen and paper and take some serious notes. My one issue with Modesitt is that, while he spins an elaborately detailed yarn, he takes his sweet time getting to the payoff. While some writers can really set the pieces in motion with a sense of tension and intrigue, Modesitt often lingers overlong in his exposition, making it difficult to see where he’s going. That said, if you can hang with Modesitt and see the long game he’s playing with Heritage of Cyador, you will be rewarded with some truly incredible action and an eye for describing magic that is virtually unparalleled. –Henry Glasheen