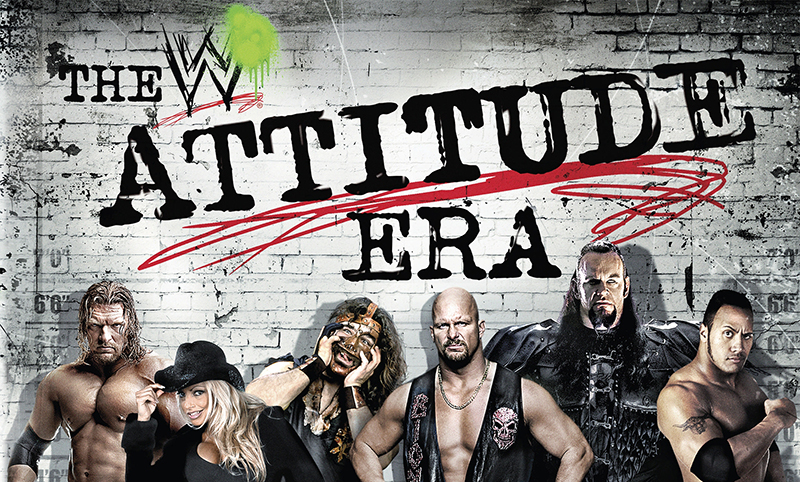 Let’s get one bold statement out of the way: I didn’t just watch the Attitude Era—I experienced it. I got what is considered by many—both financially and creatively—the best time to be a wrestling fan during my late teens and early adult years. So when this book came my way, much like many diehard fans of the era, I couldn’t just enjoy it, I had to analyze it. Because, as winners of the Monday Night Wars, WWE got to rewrite history, and a PG-era WWE gets to dictate what you read about, so to see a retrospective book about the Attitude Era now leaves a lot of room to worry. The majority of this book is pretty damn cool, with photos you’ve never seen before and quotes from the men who helped define these critical years. You’re given a behind-the-scenes look on an intense five-year period where the company looked like it was going to be put out of business but eventually became ingrained in pop culture. You’re given insight into more areas than some of WWE’s own documentaries venture into. The book even address some areas they avoid like the plague, such as Mae Young’s birthing of a hand and, dare I say it … Katie Vick! But it’s not without its share of whitewashing and photoshopping, as every WWF logo has had the F scrubbed out, blood has been cleaned from several hardcore photos, and the women wrestlers have been summed up into 10 pages—mostly of big glamour shots. But the real crime lies in an area called “Attitude’s Unsung Heroes,” where high-profile people like Kurt Angle, The Dudley Boyz, Ken Shamrock, The Hardy Boyz, Tazz and more have their contributions summed up into a single paragraph—essentially watering down their careers to a footnote, simply for being competition at the time this was produced. The book is an amazing read for casual fans, but it will piss hardcore fans off for certain. –Gavin Sheehan