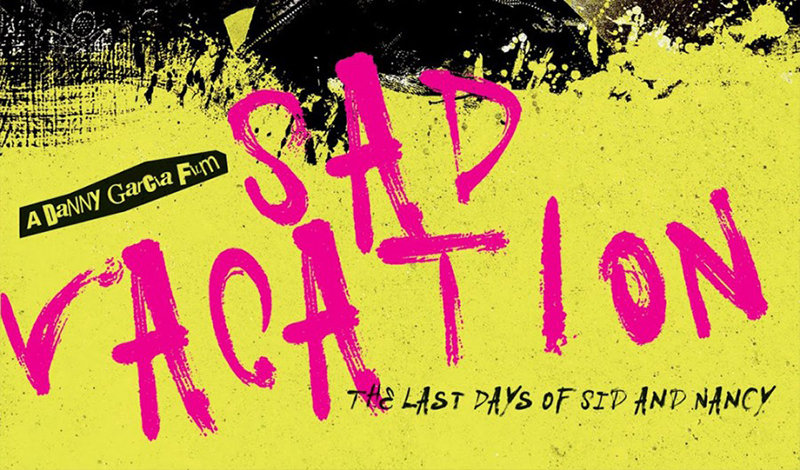 Movie: Sad Vacation: The Last Days Of Sid and Nancy

Sad Vacation: The Last Days Of Sid and Nancy

The doomed romance of Sid Vicious and Nancy Spungen is a tale of strong and iconic personalities that will always have a place in the punk mythos. Theirs was a romance that was wrapped in the throes of nihilistic passion and desolation. It was a huge contributing factor that led to the demise of the Sex Pistols and is unfortunately a story that has been done to death. In an attempt to revitalize interest in the myth and legend surrounding these two iconoclastic characters at punk, Danny Garcia sets out with newly released grand jury evidence and a host of interviews with people who knew the doomed Romeo/Juliet lovers. Interviewees included Stephen “Roadent” Conolly, Leee Black Childers, Bob Gruen and many others. Of particular interest were interviews with longtime Chelsea Hotel residents Victor Colicchio, “Neon” Leon Mathews and Ned Van Zandt.

This story is guided by Garcia who spends about an hour going into the past of Vicious and Spungen. It’s a story largely fleshed out by other sources that have covered the subject thoroughly. Garcia’s take includes briefly exploring Vicious’ troubled family background, a foray into the London punk scene and a charming childlike quality. On the Spungen side: her wild streak, junkie-imposed lifestyle and her mission to grab a Sex Pistol and bring him home to New York. Again, nothing quite new to the ears: Garcia spends much of the documentary fleshing out well-known information, while not offering enough to turn the tide of time spent watching.

The last 30 minutes of the documentary, Garcia goes over the death of Spungen and the circumstantial evidence that places Vicious as a suspect. This is done with additional theories of possible contenders to the crime, but ultimately, leaves audiences speculating with no groundbreaking proof on who done it. The last bit of the movie, which is the most interesting, goes over Vicious’ life between Spungen’s death and Vicious’ overdose, during which he seemed to acquire a new girlfriend and even picks a fight with Patti Smiths’ brother at a gig. Other than that, Sad Vacation is roughly 90 minutes of your life that cannot be regained.

There is no doubt that the devastating romance lived by Vicious and Spungen is wrapped in esteemed notoriety. It was damning, destructive and nihilistic, if not pitiful. They represented a certain lost love that mirrored Romeo/Juliet or John Lennon/Yoko Ono, but with true, black-hole despair. To keep bringing it up seems only to open wounds that ought to be laid to rest. It’s a sort of nostalgic damnation that serves little purpose than to ever only shed new insight into the storied demise of two beings who led such short and tragic lives. The additional answers only take up a fraction of the time that the film has, and should have been given more light. Sad Vacation: The Last Days Of Sid and Nancy is hardly a new story to explore, and may only prove interesting to those previously uninitiated. For the rest of us, it’s a tale that has for a long time celebrated the tragedy of such a sad couple. Apart from a look into grand jury evidence and even some amusing interviews, this film could easily be archived in favor of something with a bit more gravitas. –Nick Kuzmack