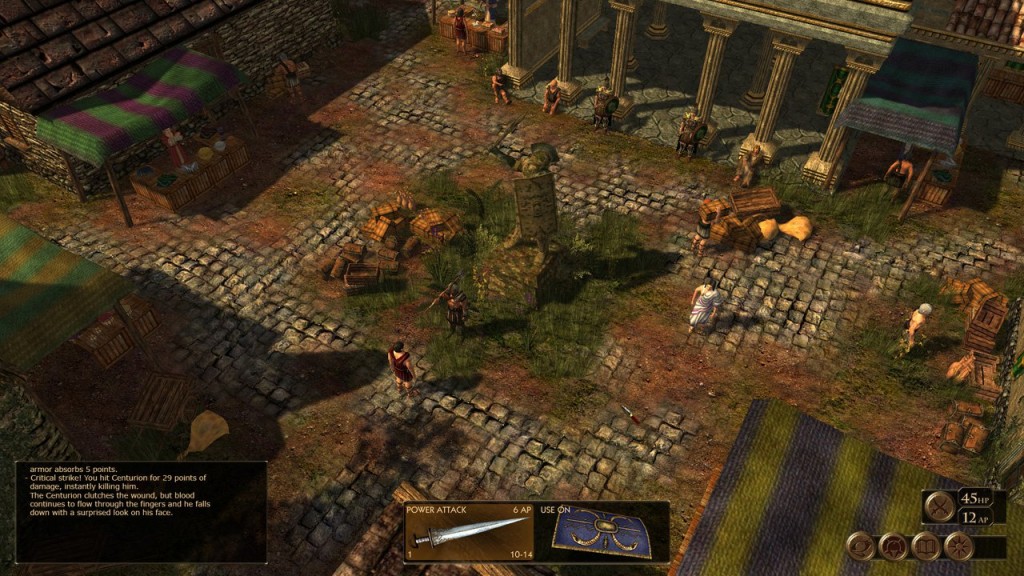 The Age of Decadence is an RPG set in a post-apocalyptic fantasy world with little magic and lots of combat. Mankind has destroyed itself and only a few city-states are left with factions in them that battle against one another. You can play as any faction in the game, and you will hear the storyline of the game from a different perspective depending on which faction you choose. This means that Age of Decadence has plenty of playability—you can start over with a different character in another faction and get a different story each time. You also get to craft your own narrative based on the choices you make. Each time you play a different faction, you get another piece of the story, so in order to fully understand the game, you have to play as a few different characters. The theme of the game is the fall of the Roman Empire, but in Age of Decadence it’s not your typical Roman Empire, it’s much more technologically advanced.

If you’ve ever played Dungeons and Dragons then you will understand the character building in this game very well. The stats and skills are set up exactly like Dungeons and Dragons, and, just like in D&D, you choose your attributes and skills, and it is always wise to choose a few skills to be good at instead of trying to distribute them across the board.

The combat in this game is completely unforgiving, which means that those of us who play RPGs casually may not like Age of Decadence. Make sure that you pay attention to the combat tutorial as it does have a bit of a steep learning curve. You have to learn how to distribute your skill points in order to become a better fighter, but also distribute them in a way that doesn’t make you an illiterate troll with a battle axe. Once you experiment a few times with different characters (after dying a lot) you’ll start to understand how to distribute your skill points in order to finally kick some ass (however, this does take some time).

Age of Decadence is very reminiscent of Fallout 1 and 2, both in gameplay and graphics. I can’t by any means say that the graphics in Age of Decadence are stunning or breathtaking, but they aren’t awful to look at, and the gameplay itself makes up tenfold for the outdated graphics. I also have to mention that it is a turn-based RPG, which would normally be an immediate NO for me, but I was able to look past that because the game itself is that fantastic.

Similar to games like Fallout 3 and Skyrim, the game is decided largely on the choices you make. Dialogue in this game is key and the way you interact with every NPC around you does change the way the game plays. There are also multiple endings to Age of Decadence, so if you are a completionist like I am, then you’ll have to play through a few times to get the whole story.

I’d absolutely recommend Age of Decadence to any RPG fan and maybe even to our casual gamers … but beware, you will die—a lot—and you will have to play as a few different characters before you finally start to make some progress through the game. The playtime and game content alone make Age of Decadence easily worth the $29.99 that it’s selling for on Steam. Age of Decadence is definitely up there with some of my other favorite RPG titles.