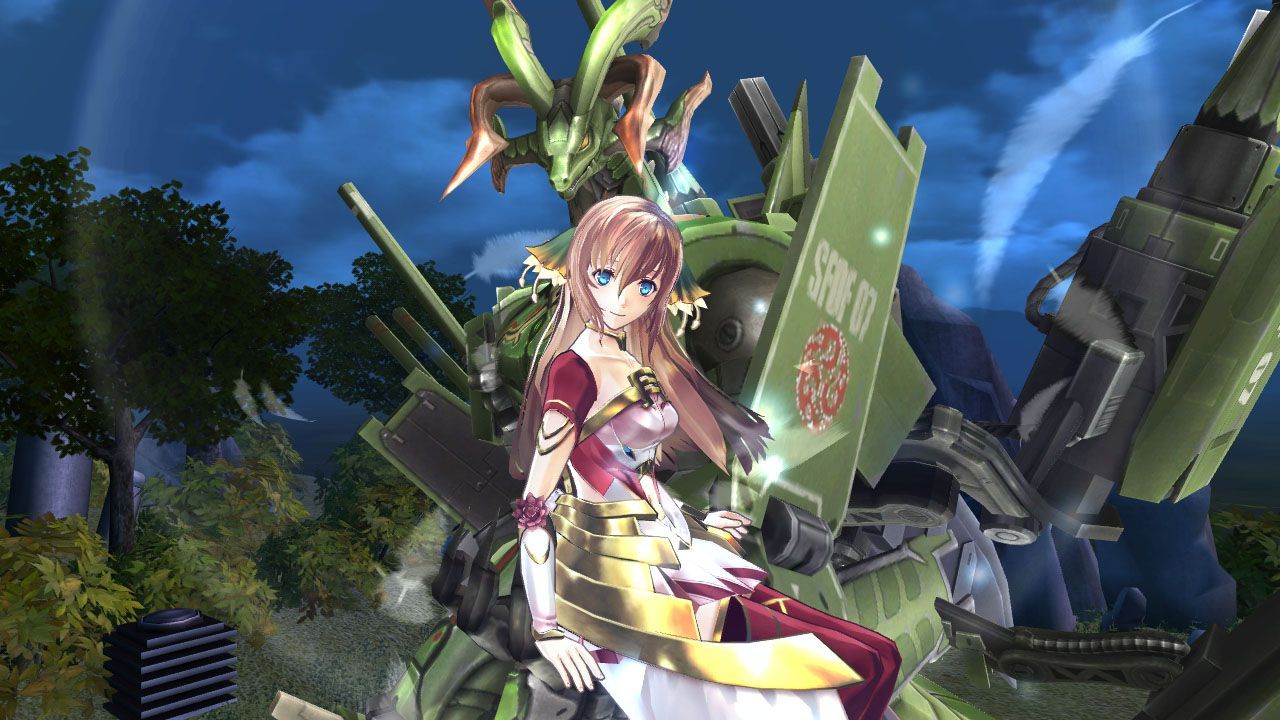 Review: Ar nosurge Plus: Ode to an Unborn Star

In the world of Ar nosurge Plus, the planet Ra Ciela is about to be swallowed up by its dying sun, and the all-powerful emperor Cosal takes it upon himself to transport his people to a new home. During the evacuation, the people lost their planet and its abundant energy. Left aboard their massive ark—of sorts—the planet-less people are thrown aimlessly into space, segregated and forced to adapt to their decrepit living conditions; hopelessly hoping to discover a new home. Thousands of years into their expedition, mysterious winged creatures called the Sharl show up and kidnap humans.

Two sects became of these events. On one side, you have the fearsome survivalists who are convinced that their extinction is imminent unless they fight the threat of the Sharl. The others believe that they should co-exist with these mysterious creatures to better their way of life and live in peace.

The story is told through an insane amount of button prompts that advance both dialogue and story, meaning that most of your time will be spent reading or listening to a lot of dialogue. As the story progresses, you will eventually be able to switch between two sets of characters. The primary protagonists are the hormonal teenage couple Delta—recently awoken from a long slumber—and Casty, a determined and stubborn girl, who’s not very trusting of her longtime friend. The other duo is Ion, who wakes up inside a program and builds her robotic bodyguard Earthes to help her leave her lonesome world and answer her endless questions of why she was locked up and why things have become what they have. As things progress for these characters, their relationships become more intimate and endearing.

Ar nosurge Plus tackles relationships with a mechanic called Genometrics. By entering a Bios Shop, you dive into the minds of either your immediate partner or the other major characters that help you along your journey. Like the Dangonronpa series, this part of the game plays like an interactive novel. Here you get to learn a lot about what makes them tick; what scares them, makes them happy, infuriates them, etc. I had to go back through dialogues and find the right answers or actions in order to receive Genometrica Crystals before moving on to a Purification Ceremony. Here you can equip various upgrades for either of the heroes, which can be placed in the arm, leg, chest or head. My first experience with this ceremony made me a little uncomfortable. While both characters are next to naked—which came off as some sexual fantasy of the designer’s—after having the characters talk to each other, though, it became a very unique way to tell a story about trusting and loving one another, no matter how different you are. In a weird way, it was actually touching.

Outside of creating deeper relationships with the characters, the gameplay is a unique blend of classic JRPGs and action RPGs. When you’re out exploring the linear world around you, there’s a confrontation gauge that displays a number to represent the waves of enemies you’ll be facing, turning from an extreme blue to an opaque red. Once you’ve entered battle, you select your Song-Magic-wielding companion’s variety of modifiers. All of your attacks are mapped to the face buttons and can be combined into combos for use on the various waves of enemies; encouraging you to be creative and build what’s called a Wave Bar. Once you’ve built it to 100 percent, you can unleash devastatingly beautiful finishers that eviscerate the remaining foes in the chain. It took me a while to finally appreciate this satisfaction in combat because of the upgrading required, but it was well worth the time and effort.

My first couple hours of Ar nosurge Plus left me with a lot of questions, some frustration and a sore thumb from having to advance every piece of dialogue, but—like all great JRPG’s—if you take a little time and stick with it, you’ll always be able to take something great away from it. My biggest question is: why wasn’t this game released on the Vita in the first place? This game is right at home on the handheld.