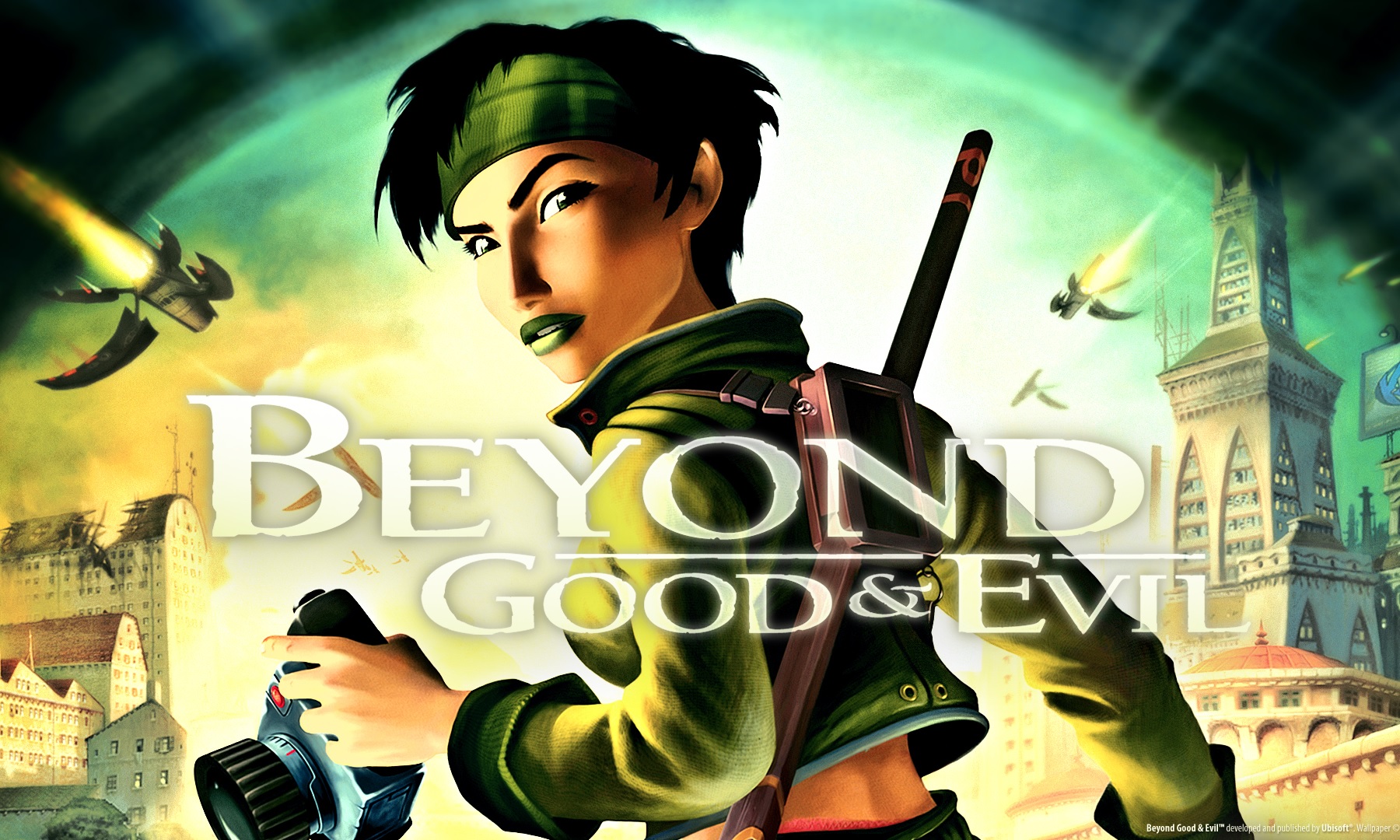 Review: Beyond Good and Evil

Beyond Good and Evil
Ubisoft

As the SLUG staff dork it is my job to spend my free moments doing a variety of fun things like reading video game magazines, clicking video game websites and watching video game television programs. Over the last few years there have been a few titles I’ve heard mentioned again and again as benchmarks against which newer titles are often compared. Since I’ve been selling myself as some kind of video game expert I figured it was my duty to do some research and bring to my loyal readers a bit about one of the greatest games you may have never heard of, Beyond Good and Evil. As the game commenced, my first thoughts were that I had been tricked by some overzealous game freaks who had somehow made a game that looked like Snow White seem more like Conan the Barbarian. Cute animated characters were bouncing around like some kind of Prozac nightmare and it seemed like the protagonist spent way too much time with a hair dryer. Luckily, I’m intrigued by Prozac nightmares, so I set forth on what has been a truly one-of-a-kind adventure. Beyond Good and Evil may have some cute critters in the starring roles, but the story and the action could just as well be taking place in a game full of zombies and aliens. Yes, the graphics are last generation (so what?) and the title doesn’t have “Halo” in it, but Beyond Good and Evil is a perfectly executed masterpiece that never got its due respect. Good writing (which includes a great plot, a feature so rare in video games that I sometimes wonder if developers intentionally leave the plot out to avoid confusing over-stimulated gamers), great settings and a fun leveling system keep the game fresh from start to finish. I don’t know if there was a problem with the marketing or just the animated characters turned off the hardcore action/adventure crowd, but if you can find yourself a copy (used) do yourself a favor and jump in for a fantastic time with Beyond Good and Evil.