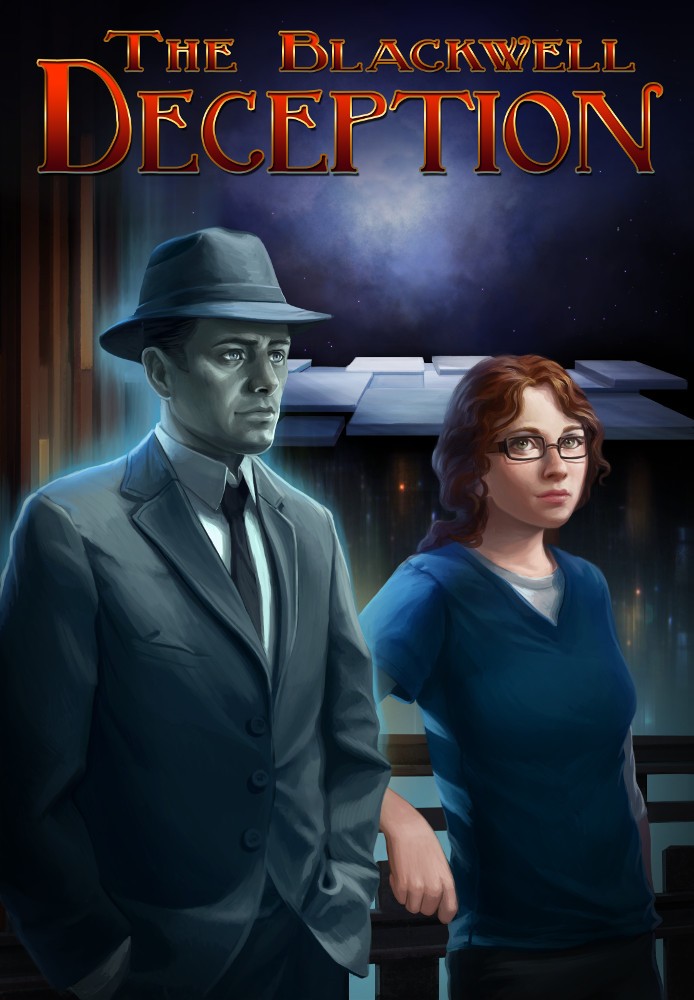 Of all the video games with terrible film adaptations, I always thought Blackwell was a series ripe for a great film–or in 2015, a new Netflix series. The series, which spanned a total of five games, starred Rosangela Blackwell, a freelance writer thrust into the role of detective medium when her aunt dies and a ghost named Joey Mallone arrives to pass the torch onto her. Part supernatural mystery and part nuts-and-bolts police drama, Wadjet Eye’s point-and-click adventures could make a beautiful film – particularly Blackwell 4: Deception, a 2011 PC release making its way over to iOS this month.

Blackwell 4: Deception is an interesting entry in the series; while it neatly fits in line with Rosangela’s charcter arc – in this game, she resorts to some morally questionable tactics in investigations, suggesting a darker turn for the character after the events of Blackwell 3: Convergence–the rest of Deception feels oddly separated from the rest of the story. In this sense, Blackwell 4 is an easy place for newcomers to the series to jump right in and thanks to some nifty improvements over its predecessor, makes for a much smoother playing experience.

The Blackwell series is known first and foremost for its storytelling, and rightly so. Each installment tells wonderfully rich tales about mediums and the souls they help “move on,” revealing shades of complexity and layered stories that delve into the absurdities of the supernatural, but always keep enough of a focus on its characters to remain rewarding. Deception is no exception to this rule: the changes in Rosangela’s character come hand in hand with some nifty tidbits about Joey’s mysterious history, told through the game’s wonderfully written, beautifully delivered dialogue. For me, this is where the real beauty of the series lies.

But where Deception really impresses are its game mechanics–the story itself, while certainly engaging, is typical conspiracy thriller fare, with a heavy dose of ghosts, spiritual mafias and fighting over souls (no more spoiler—I promise!). The improvements to the core mechanics, however, are quite noticeable. For example, Rosa now has a cell phone, and doesn’t have to go home every single time she finds a clue, which erases hours of mindless traveling back and forth. There are new puzzles of course, and while none of these are all that memorable, the puzzles, particularly the Joe/Rosa swapping puzzles have a nice flow to them, each crafted in ways that both engage players with the on-screen characters, and help inform the story in subtle ways.

Deception isn’t just about refinement though—there are a few intriguing new features to keep the mystery-solving adventures fresh, all of which really elevate the experience. Whether using the game’s useful—if rudimentary—search engine, or the improved character switching mechanic in puzzles, there’s something about Deception’s head-scratchers that separate it from the original trilogy. They’re slightly more intricate than the ones I’ve solved many times before in previous games.

While Blackwell 4: Deception isn’t going to blow anyone away with its take on the point-and-click genre—it’s certainly one of the most engaging experiences of its kind in recent memory, thanks to a wonderful sense of aesthetics, a fantastic soundtrack and a confidence in storytelling that most games desperately lack. In short, it’s another terrific entry in the series, one that Blackwell fans will love, and adventure fans new to the series can jump right in and enjoy.