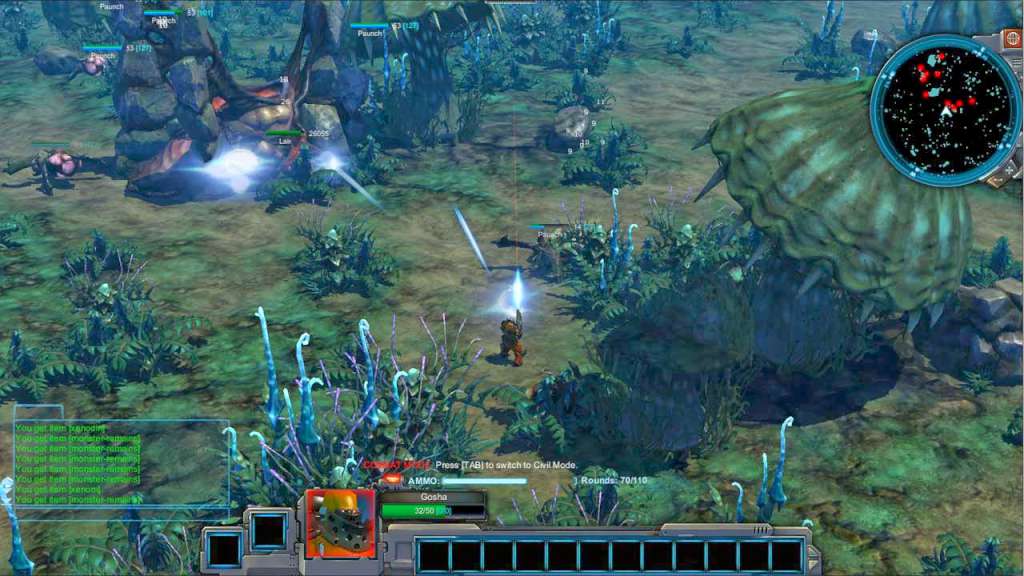 Conceptually, Colonies Online has the potential to become an extremely addictive MMO. Players take control of a single colonist who is tasked with setting up outposts on various planets. Other players can interact with these outposts—or raze them to the ground if they are so inclined. In addition to base management, players can explore these new planets, gunning down hostile alien life forms and gathering resources to bulk up themselves and their bases. While the game’s Early Access status means that the developers are still perfecting their product, at the moment, it’s less than awesome.

For starters, the pay-to-win factor has made the game lopsided. Chipping in a few bucks for the hardworking developers at Iron Bit isn’t a bad thing, but it does make establishing a solid foothold within the game world a raging pain in the ass. As it stands, the players that have been contributing since the beginning are monstrously overpowered, essentially holding new players at their mercy. All players start off with an indestructible HQ on their home planet, but when they want to establish their own settlements, they come to rely on the generosity of veteran players to let them build their little base in peace. It’s the same problem that all “free-to-play” games face—those of us who don’t want to chip in more than the price of admission are left holding our mediocre gear while vets decimate the shit out of our bases because they feel like it. Players who don’t mind the pay-to-win aspect will likely enjoy teaming up with a group of marauders and pillaging other settlements, however.

The aggravation of being severely outgunned was often exacerbated by some serious frame-rate issues. Warping a few steps to whatever direction the game deemed necessary made firefights extremely frustrating. I found this to be especially irritating in the game’s tutorial, which was more like a psychological endurance test that players had to pass to get into the meat of the game. Even against AI, these executional glitches were visible enough to directly impact overall gameplay. Normally, I blame these problems on my computer and head over to the options menu to tinker with the graphics settings. Oddly enough, Colonies Online doesn’t have an options menu to speak of, so whether or not the problem was because of my computer or because of the game itself, I had no way to fix things on my end. These current design flaws notwithstanding, the game does have a decent array of different weapon types, from rapid-fire pulse rifles to burlier slug cannons, and the insectoid creature designs are viscerally unique.

Graphics are one of the game’s current strengths. Environments look lush and beg to be explored and weapons and armor have a distinct sci-fi feel, as do the base structures and defenses. Occasionally, I came upon areas that appeared to load up in tiles around me, but it’s an otherwise pretty game. Character customization needs to happen in a big way, however. As it is right now, choosing character gender isn’t an option—everybody’s stuck with a CG version of Michael Chiklis. Outfitting the character in new pieces of armor does offer some degree of customization, but the early game is filled with other players that look exactly like your character. This is a downer in an MMO, since the biggest perk of that genre is the ability to create the digital avatar that represents you as a person.

Considering that the game has been under development for over a year now, it has made some strides in the right direction, but I can’t help but feel like it should be a bit more polished at this point. The developers have been pushing out consistent updates, so it’s definitely a work in progress. Colonies Online is for fans of the MMO genre who are looking to take a leap of faith into what could potentially be a very playable and enjoyable title here—just be wary of its existing set of growing pains.