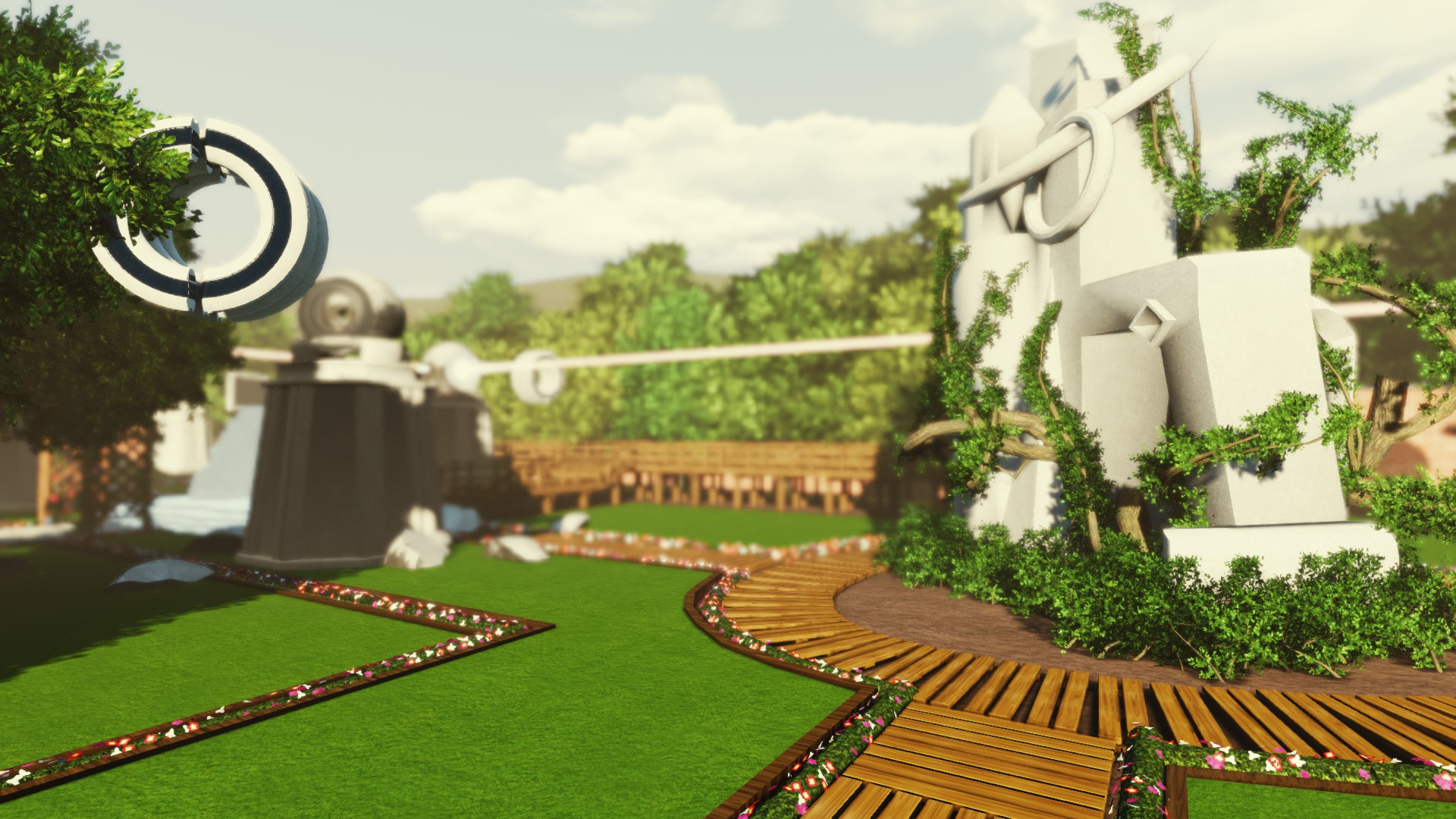 Man, these landscapers are fantastic!

Early Access releases present something of a double-edged sword. On one end, pre-release beta windows offer developers two things: Dependable financing (particularly significant for independent studios) and large-scale quality assurance testing. The other end provides a frustrating, often broken experience—cornering the consumer into a zero-sum game. Clearly the moniker “Early Access” dictates expectation for the community that a game isn’t ready for retail. The problem, acknowledged even by Valve, is that players often end up waiting additional years for release—assuming it actually ever sees that day.

Enter Dream, a first-person exploration adventure that plants its conceptual flag in the same field as the emotionally resonating Gone Home, the philosophical The Talos Principle, and the classic Myst. You play as Howard Lovecraft Phillips (not to be confused with H.P. Lovecraft), a young graduate who recently inherited his late uncle’s house. You navigate through a series of dreams and nightmares in a pair of camo shorts, searching for a way to cope with loss and wardrobe choice. There are three acts, with puzzles that tangibly relate to the psychological issues plaguing Howard. Each act ends with a nightmare sequence, projecting his fears and insecurities upon his newly acquired abode.

I think HyperSloth has a great creative vision—they need only match it with proper programming. They released a broken game, and it wasn’t until Aug. 3 that HyperSloth released a patch remedying some significant issues, such as a crippled inventory system and inaccessible story sections. The development team immediately apologized for the rough launch, offering refunds to those customers unsatisfied with their product. I do appreciate their constant interaction with the community and how they operate their business. However, the patch doesn’t fix much of what ails Dream. Technical glitches and unstable performance still shackle the game’s true potential, and it makes me sad to see a game so visibly hindered. In fact, in some ways it’s worse off than its early access form. Interactivity between objects is a bit sticky. Trying to open a door or spin a dial becomes problematic—for whatever reason, if I rotate one thing, when I move to an adjacent object, it interacts with the first one. This isn’t a game-breaker, however it does set back pacing when I tediously need to neutralize my reticle half the time I interact with the environment. Occasionally, the in-game text is hard to read, making me frequently wonder why there wasn’t a zoom function. It isn’t hugely important, but I found trying to read story emails and items straining. These hiccups severely detract from an otherwise beautiful game.

One of Dream’s victories is its soundtrack. The atmosphere created by each area’s music impressed me. The transition in act one once the snow falls gave me pause. The glitchy tones and urban clutter in the second act’s office building perfectly captures the grit and mystery of trekking through countless corridors and office spaces. And those nightmares … fuck. I wore headphones throughout my playthrough and nowhere was that choice more noticeable than the nightmares.  Do yourself a favor, though, and lower the music volume a quarter step. As much as it may pluck on your heartstrings, it drowns out everything else and will likely give you a skull-splitting headache given 30 minutes.

The voice acting starts fairly bland but fluctuates in quality throughout the whole game. There’s a conversation Howard has with his insecurities, and while I commend HyperSloth for tackling self-doubt in this manner, it feels hokey. Dark Howard tries to cut to the core, but sounds goofy more than anything. The writing isn’t much better. Howard’s observations feel forced and mostly unnecessary. Yeah, dude, I get it—you’re a rain-soaked tapestry of introspection. I honestly think Howard’s concerns with dreaming would wither if he’d stop eating immediately before sleeping.

I can’t in good conscience recommend purchasing Dream … not yet. This game wants to be clever and accomplishes it at times. Its success shines when taking a step back to see its intention and intimacy. The puzzle designs and abstract narrative piqued my curiosity and it can be a lot of fun. Tragically, upon taking a few steps closer, the blemishes stand out. A terrible release state, screen tearing, audio sync issues and more hold this title back from being great. I think in a few years’ time and with more experience under their belt, HyperSloth might become an indie game trendsetter. I would even love to see them develop a new horror game—they nail that atmosphere in the nightmare sequences. Just remember, HyperSloth, if at first you don’t succeed, try, try again.