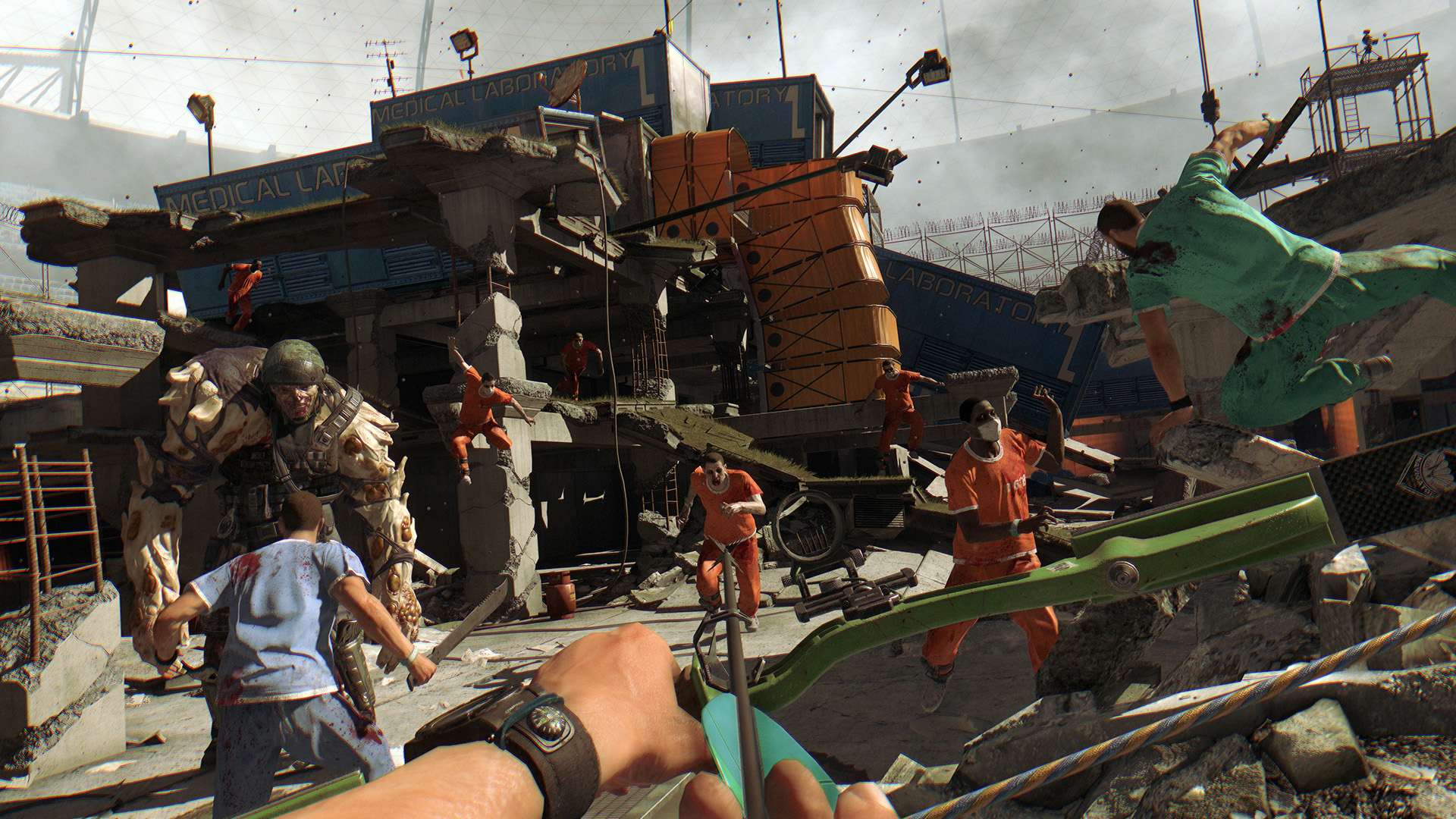 The Bozak Horde DLC adds a great competitive element to the base game Dying Light, in which you play co-op with friends or other players for sweet new gear and weapons. Bozak Horde allows you to enter Harram Stadium, which a psychopath named Bozak has taken over and turned into a twisted and bloody set of challenges. You wake up in a small room and are greeted by the psychopath Bozak, who informs you that you have a bomb strapped to your leg. You have a set amount of time to complete the challenges or you die, simple as that. However, the challenges are not easy to beat. There is definitely a ragequit or two in your future with this DLC. They’re much easier to complete if you have a friend to help you. If you complete all of the challenges, you get a truly awesome stealth weapon—a compound bow. With this compound bow, you can use compound, incendiary and explosive arrows. While I do prefer the “guns blazing” approach to killing zombies, the bow is definitely a much-needed weapon for long range and stealth missions.

This DLC was a huge game changer for Dying Light. Not only does it add the competitive element, but it also adds an entirely new location. I love Harram Stadium and have found myself spending more time playing through the challenges and trying to place on the leaderboard than I have spent playing the rest of the game. I love that The Bozak Horde added a co-op adventure to the game and I hope that they create more co-op opportunities throughout the game.

This DLC got a lot of flak because the challenges are nearly impossible to beat on your own, but that’s exactly why I liked the DLC. I really don’t mind playing with another person for 15 minutes as long as my reward is worth it, and I really felt like the compound bow was a great reward for completing the challenges. You can complete all of the challenges alone except for the very last challenge. Some gamers also experienced a lot of bugs and glitches with The Bozak Horde when it was first released, but it has since been fixed. I’d ignore a lot of the co-op hatred on the negative reviews of this game and make your own judgment based on the positive reviews.

My only complaint with this DLC is the skill leveling on the leaderboards: Some of the scores seem a little too high to be achieved without a cheat. The developer has already started working on a cheat fix to solve this problem, but as of now, there currently isn’t any fix for it, so don’t let the leaderboards upset you.

I’d recommend this DLC to anyone currently playing Dying Light who doesn’t mind playing co-op missions and needs a little change in the game. Also, the rewards you get for completing the challenge greatly improve the rest of your gameplay. I’d say that this DLC took me about three hours total to complete, which isn’t too bad considering the swag you get for it.