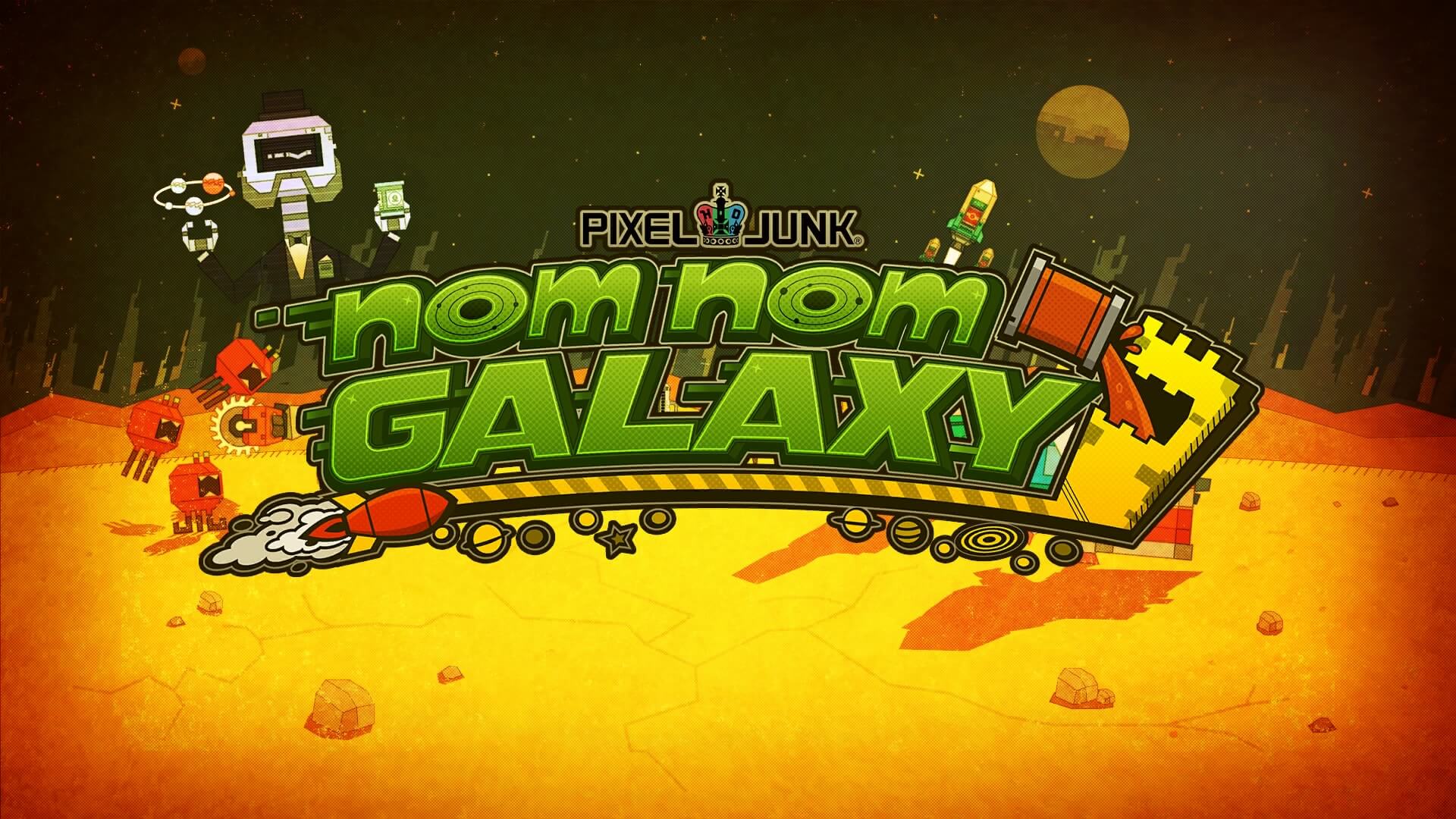 In the early ’90s, when we are all sitting around playing our Super Nintendos, I remember constantly talking with my friends about different ideas for games—the more fantastical the better. Believe it or not, we never landed on the idea of a game about intergalactic soup domination. Nothing about making soup should be fun. The whole idea of it seems plodding and painful. But here we are in 2015, when game makers have seemingly run out of good ideas. And, alas, I have spent hours scouring virtual space to make the best damn soups I can. Nom Nom Galaxy is a creative, enjoyable amalgamation of genres, about creating a soup empire, all nicely wrapped up in an 8-bit package.

Among the genres being presented here are tower defense, survival, resource management, platformer, and exploration. Most of all, however, it’s a business simulator in which you’re tasked with building a soup-producing powerhouse. Now, this piece of it is nowhere near as deep as other sims, but the way Nom Nom Galaxy mixes all of these genres in with the business piece makes it stand out. As you go from planet to planet, you are pitted up against competing companies. Your first objective, as you crash into the alien terrain, is to build a base of operations. Picking a location and setting out a good foundation is paramount to success as you look to conquer the soup world, especially later on in the game. As your business grows, so does your base, and you can upgrade it with more soup machines, rockets, and even automatons that can complete some of your mundane tasks.

The exploration is akin to Terraria. From time to time, you need to leave the comforts of your factory to go searching for more resources (which are used to build your empire) and, more importantly, ingredients, which really are the lifeblood of your business. A few things make this challenging, the first being the limited amount of oxygen you have. Sure, there are oxygen bubbles, but they can be few and far between. Another issue is the ingredients themselves, which often will attack you. Another part of the exploration is the challenging terrain which needs to be traversed strategically. If you trample around without regard for the future, you can make it harder and harder to get to resources in the future. Along those same lines, resources and ingredients are finite, so you need to make sure to keep that in mind.

The part of the game that didn’t quite catch on with me is the tower defense bit. As you rise to domination, competing companies will send attack forces to try to knock you down a peg. Because of this, it’s important to set up gun towers and the like to fight them off. There had to be something once you started to pull away, but the defense piece feels a bit tacked on. I really can’t think of an alternative, and I’m sure it’s something others really like. Perhaps that’s the beauty of the game—it’s got something for everyone and, even if I didn’t love, say, the tower defense part, it wasn’t so bad that it took away from the game at all.

I think it’s worth mentioning that the controls and gameplay felt really good. My favorite thing, right away, was that I could play this with an Xbox One controller. This made the experience almost instantly familiar and enjoyable. The movement is very fluid but just challenging enough to make for an interesting platforming experience.

Overall, I was extremely impressed with this deep, unusual game. It combined a number of familiar—maybe even tired—elements, but in the execution and presentation, it felt very new. Most importantly, it’s a lot of fun. I’m really looking forward to trying out its co-op and continuing my push for a takeover via soup.