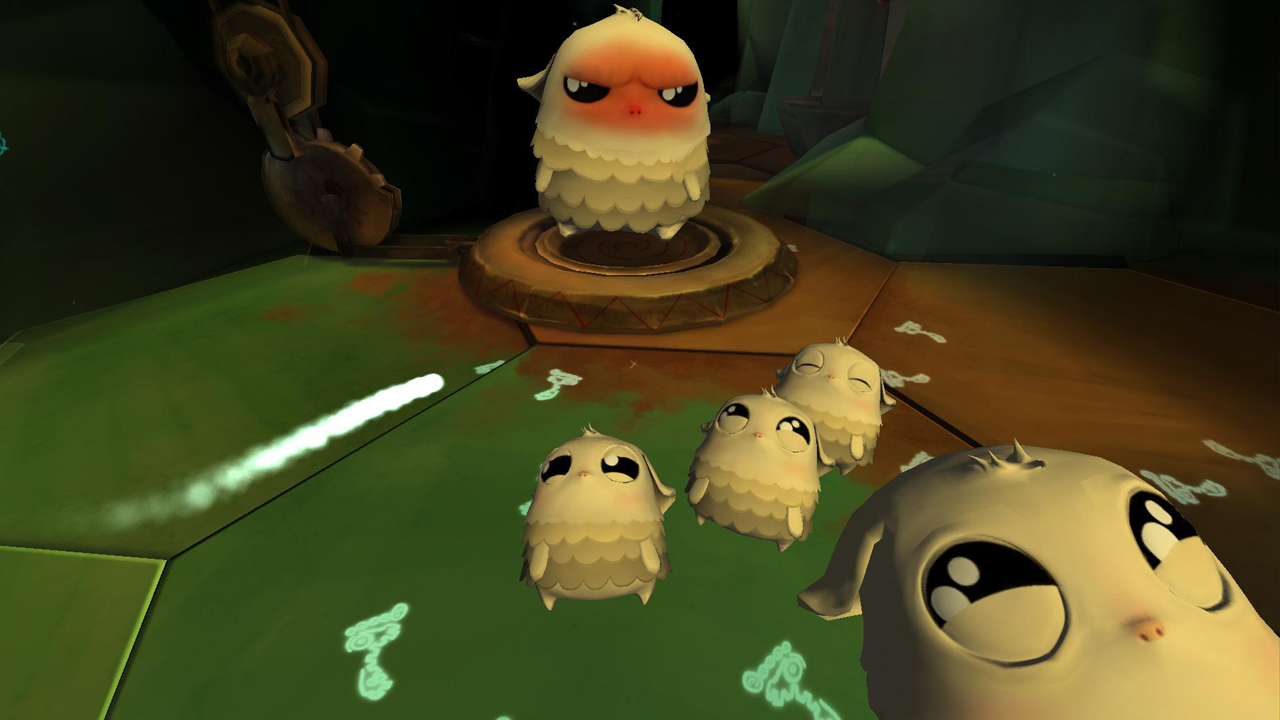 Aesthetic is an important part of games. Photorealistic graphics hold up for their current generation, but if the art style isn’t sufficiently fleshed out, then its appearances won’t hold up after a few years. The problem is when aesthetic overtakes gameplay and story. Titles like Eidolon, Proteus and FRACT OSC fail to garner any sort of long-term interest simply because there’s no substance beyond the visuals. I wish I could say that Pulse is an exception to this trend, but it just doesn’t do much for me. The concept is interesting, certainly, but the game fails to do anything with it other than use it as a visual gimmick.

Pulse tells the story of Eva, a blind girl who relies on her other senses in order to “see” the world around her. There are bits and pieces about saving the world, some overprotective parents, a prophecy, but nothing really feels fleshed out. All relevant plot is delivered in the form of expository monologues, and the areas I adventured through never seemed to mesh with the whole dying world theme the game was going for.

Eva navigates her world via echolocation. Each noise in the world sends out sound waves that illuminate the surroundings. If you’ve ever played Metroid Prime 2: Echoes, the effect is akin to wearing Samus Aran’s Echo Visor for an entire game. Move quickly, and your footsteps will reveal much of the world around you. Stand in one place long enough and darkness will creep in around you. Anything that makes sound in Pulse also makes light, so you’ll often find yourself navigating with gusts of wind or strange white creatures that you can pick up and throw. Aside from this, there’s not much else to the game. You wander from area to area, sometimes get stuck because you took a wrong turn, and get treated to blocks of text that tell you what you’re accomplishing instead of showing you.

This isn’t to say that Pulse is a bad experience, it’s just not a very good game. It’s pretty, but there’s not a whole lot going on beneath the surface. The blindness mechanic feels like a poor excuse to leave the environments riddled with low-quality textures. The whole game will take you about an hour to get through, which is disappointing given its $15.00 price tag. To its credit, Pulse does have a phenomenal soundtrack. I caught myself standing still in places, just letting the dark wrap around me while listening to the ambient sound.

I want to close with a word on client optimization, because frankly this is one of the most frustrating things about Pulse. It’s listed on Steam as running on both Windows and Mac, but the Mac client is horrendously optimized. I tried running it natively on both Mac and Windows, and then within a Windows virtual machine on Mac, and for some god-awful reason the virtual machine client worked better than the native Mac client. We’re talking smooth framerates at the second highest graphics setting vs. watching a PowerPoint presentation at the lowest graphic setting level of performance disparity here. Hopefully this gets addressed by the devs soon.

I can’t in good conscience recommend that you pay full price for Pulse. At this point, you’re better off waiting for it to be packaged in a Humble Bundle with other pretty, shallow games. At least that way you can decide how much it’s worth to you.