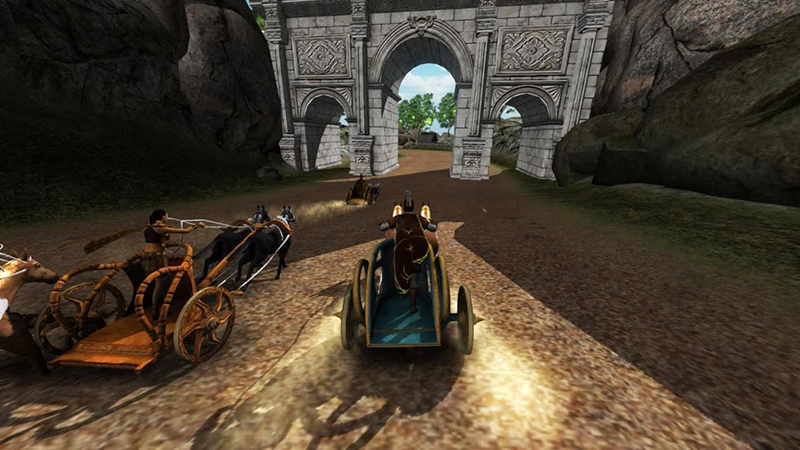 At first glance, Chariot Wars seems to be a unique racing game—nestled in the small niche along with N64’s Star Wars Episode I: Racer. However, racing alongside characters—given names which resemble well-known Romans such as Quintus Octavian (Octavius Mamilius) and Marcus Augustinuis (Marcus Augustus)—loses the unique feel really fast. The graphics and transition sequences are lack luster and often times invisible walls or floating coins would appear. This loosely assembled game has the potential to be something special, but, like me, just won’t go that extra mile. –Barnabas