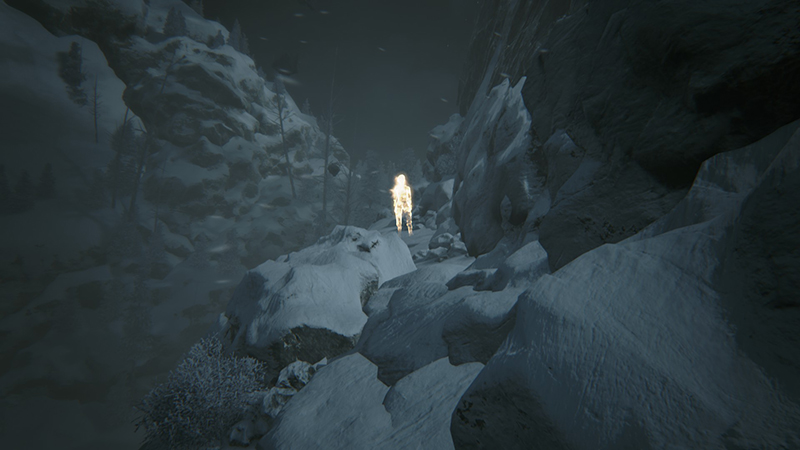 I’m pissed at myself that I didn’t already know the story from which Kholat takes its inspiration. In 1959, a group of experienced hikers ventured into the Ural Mountains only to die under mysteriously creepy circumstances. Kholat puts the player behind the eyes of another hiker who is attempting to uncover the mystery behind their deaths. From the game’s opening scene in a Russian train station, the player gets no guidelines as to where they are supposed to go. It’s not until Sean Bean’s grisly narration picks up that you even know you’re on the right track. Once you set up a base camp, the only tools at your disposal are a map, a compass and a flashlight. While it’s a bit of a shock to jump into a game that doesn’t offer some kind of tutorial or instructional intro, it helps create a sense of looming dread that makes the sphincter clench up like a frightened clam. The best aspect of this game is the way a paranormal/sci-fi story unfolds through the collection of loose letters, documents and strange objects. It’s a relatively quick playthrough, but for those who dig their games cold and moody, it’s a great pick. –Alex Springer