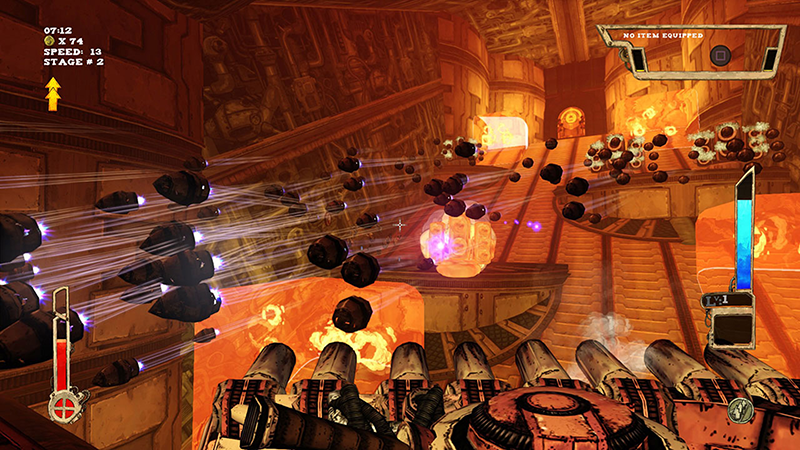 Gamers of a certain age can’t help but feel nostalgic about a time when games were crappier, uglier, smaller and simpler, and where there’s a consensus, there’s a marketable opportunity! Enter Tower of Guns, a nostalgia bomb for the Unreal/Quake generation, complete with all the aged gameplay mechanics of yore. There’s circle-strafing, rocket-jumping, infinite ammo and no reloading, and enemies that move in a straight line towards you at all times. ToG combines this old-school shooter gameplay with a roguelike framework: Death starts you at the bottom of the tower again, and you’re given a quirky new story setup each time (you’re a Space Marine, then a D&D player, then a hobbit, etc.). Is it fun? Yeah, for me, but I’m in my early 30s, and I played this type of game when its concepts were considered top-of-the-line. Newcomers be warned, however, as ToG rather inexplicably contains some decidedly non-nostalgic elements of early 3D FPS games: thick draw-distance fog and a framerate that frequently tanks. Basically, ToG  feels old and shitty, but, like, in a fun way. –Jesse Hawlish