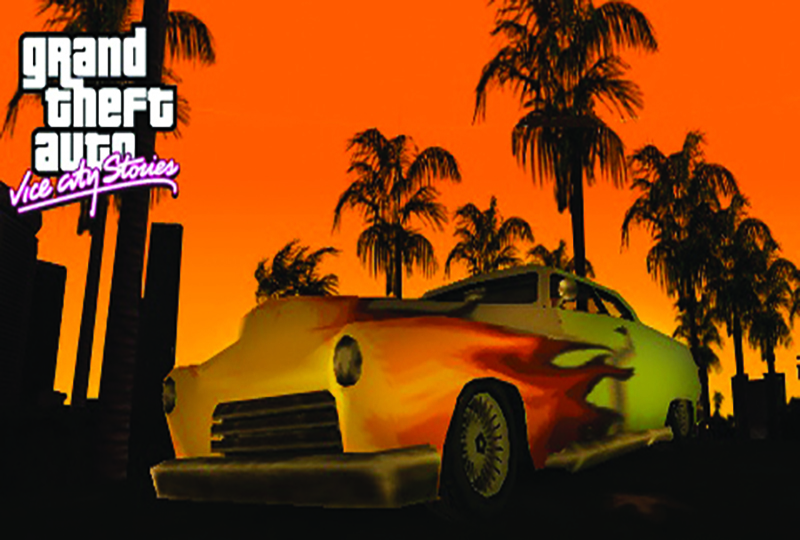 The Grand Theft Auto series started way back in 1998 and has since then exploded with seven more titles under the GTA banner. It was with GTA III in 2001 that Rockstar established themselves as pioneers for modern video gaming. Vice City Stories is built on the same map as the ever-so famous GTA Vice City, which caused so much controversy back in 2002. So why would anyone pay $50 to play the same game again? Let’s take a look. First of all, this is not the same game as Vice City. Yes it is in the same city but with new characters and missions, it plays like an original title. Secondly, Rockstar has done an amazing job putting this huge map on the PSP!!! GTA games have never been known for spectacular graphics (and the games are not about that), but this game looks at least as good as the original console version. The controls on the PSP are not as fluent as the PS2, but that is never a huge problem on this adaptation. As usual, the scripting and voice acting are well done, if not a bit over the top. Last but not least, it’s just cool to have a game with such a grand scope in a portable environment. Improvements from more recent Rockstar games can be found throughout VCS, including updated hand-to-hand combat, the ability to swim and more opportunities to explore indoor environments. The missions in VCS are in general longer and more involved than the original as well, which makes them more interesting, but unfortunately also involve more cut scenes. The usual GTA shortcomings are here as well such as clumsy camera views (especially on foot) and a very dated mechanics engine. But these quirks are nothing more than the idiosyncrasies of an old friend, and shouldn’t stop you from once again watching the sun set again over Vice City. 4.5 out of 5 police wanted stars. – Jesse Kennedy