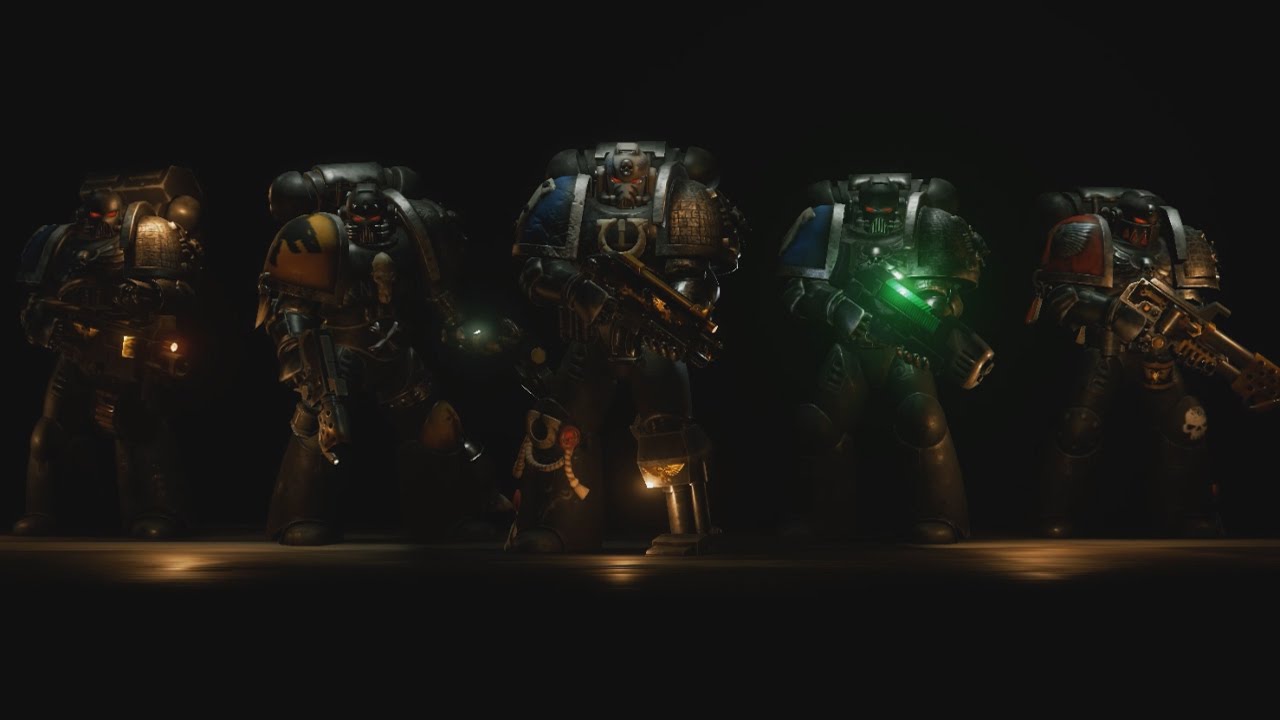 There’s been a bit of a resurgence in Warhammer 40K in the world of PC gaming, and I must say I’m a fan. It’s one of the bleakest, most violent universes in which a game could take place, and it’s been nice to interpret the cosmic nightmare of Warhammer 40K through the lens of so many different developers. Of all these interpretations, Deathwatch has invested the most effort into really exploring the tabletop roots of Warhammer 40K. The player brings a squad of five space marines into different turn-based combat scenarios against the Tyranids, a Zerg-like race of hive minded lizards.

Warhammer 40K has the benefit of a built-in fanbase, so not a lot of story is necessary. All we know is that a Tyranid invasion is sweeping through the Imperium, and it’s up to the player’s squad of deadly Space Marines to keep the swarm at bay. As Deathwatch progresses, players unlock card packs that include new weapons for each member of the squad, along with different unit types to swap back and forth. Card collecting always revs my nerd engine, and earning a new card for every mission along with a pack of three upon completing an act made every victory taste that much sweeter. Adding new marine types to the mix also gives the player a fair amount of strategic control over each encounter. It’s fun to have a team primarily made up of melee Assault Marines along with a few Devastators for ranged back up—but such brazen strategies can backfire if you’re too cocky. Deathwatch also plays around with level objectives so it becomes more than just a bug hunt. One mission requires the squad to move around the map in order to poison biomass wells, and others need the team to find and protect a giant power generator from an impending attack. Sometimes these objectives appeared mid-mission, which offered a fun opportunity to mix up the squad’s tactics on the fly.

Combat plays out like many turn-based tactical games. Players get a limited amount of actions with each squad member, so moving and attacking aren’t always possible. Deathwatch rewards a cautious hand and a steady use of the overwatch ability, which can be almost too devastating to oncoming hordes of melee Tyranids. The game’s experience system brings a cool level of customization into the mix, allowing the player to spend XP points on buffing up each marine’s base stats or on unlocking special abilities that can turn the tide of a losing battle. Once more, this felt like a nod to Warhammer 40K’s roots—players can still customize their troops to meet their needs.

While I hate to nitpick about this type of thing, since it actually makes Deathwatch really enjoyable, I did feel like the enemy AI and my squad’s chance-to-hit percentages were a bit too forgiving on Normal Mode. Higher difficulties can solve this problem, but I often found myself simply forming my squad into a square and putting them all into overwatch mode so they could easily gun down any incoming Tyranids. I also found the controls to be unresponsive, often requiring three or four mouseclicks to get my soldier to move or shoot something. It’s a bit of a buzzkill to work out my turn’s strategy only to have the laggy controls take too long to make anything happen. Again, not the biggest deal since reflexes and fast response time aren’t extremely important to the turn-based strategy genre.

Warhammer 40K fans will like the game’s treatment of the versatile Space Marines, as well as its squad-based tactical gameplay. Deathwatch is not as solid as other titles in the genre, but a bloody good time nonetheless.