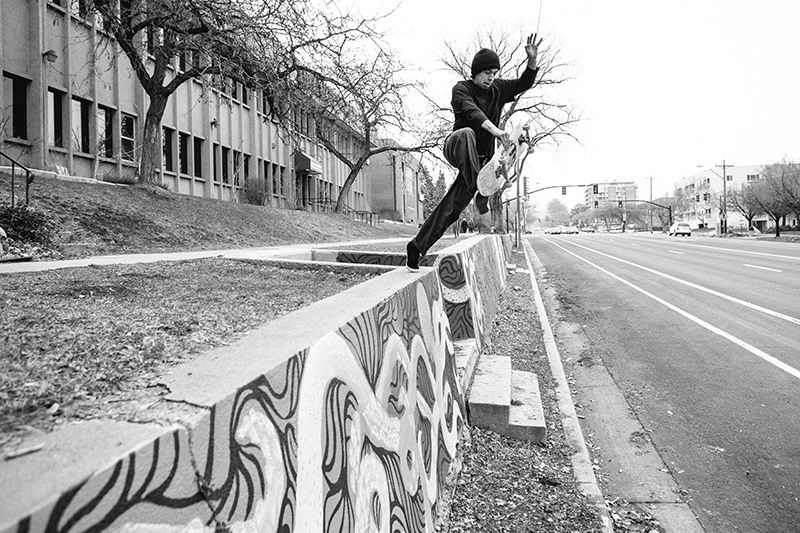 I met Miles Vigil about 30 minutes before shooting this photo. He said that he had an idea for a photo, and then described how he wanted to ollie off this bump on the sidewalk to a ledge from which he would foot plant and then drop down into the street. What I pictured in my head was nowhere near as cool as what he actually did. I have to give it up to Miles for seeing the possibility of doing this trick.