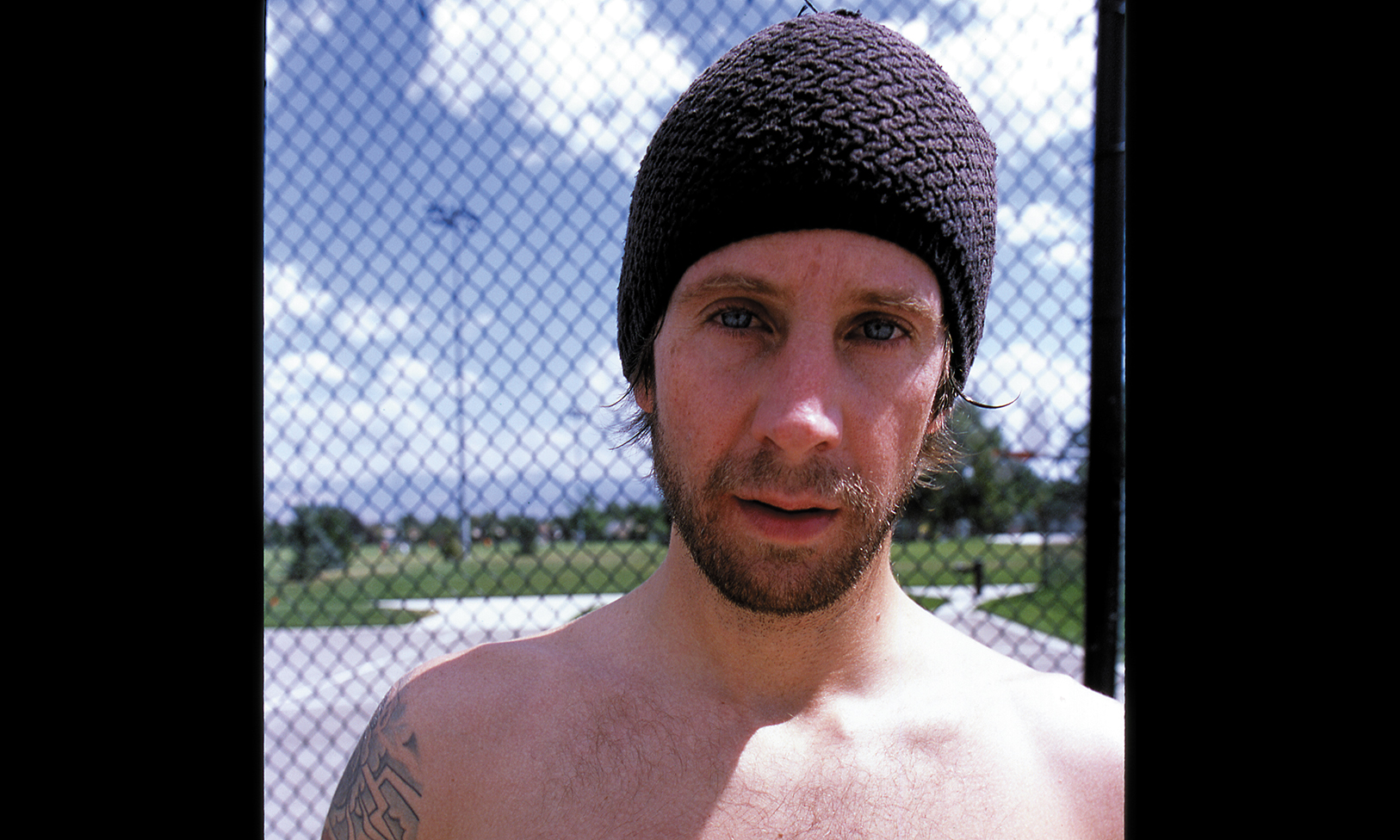 troy is one bad ass motherfucker

Skateboarding is the true fountain of youth, and anyone who has had the courage to ride one for the past 15-plus years is a hero. Skaters always talk about paying their dues, but to live through every era of modern skating has been a blast with no regrets except for the fact that you could have put more blood, sweat and injuries into it. I know my homey Troy can attest to this. We have been skating together since the 7th grade; now we’re in our thirties and well past our prime. The one aspect of skating that has never changed is its positive effect on our life. Sure we might not skate as much as we did in the past, but when we do skate nothing else matters and we feel the same as we did when we were kids. Except now there is a lot more frustration (it sucks when you can’t land a trick you did over 10 years ago). But hey, how many people find their passion in life at such an early age and know they’ll never give it up to anything short of the wheelchair?

Here is some insight into the life of one of Utah’s elite skaters. Sure, Troy ”ROIDS” Johnson might not be hurdling himself down 15 stairs with the trendiest flip tricks possible, but he’s already been there and done that. Don’t get me wrong, Troy can still hang with the best of them, but with more style and grace. Plus Troy works full time and has a family to attend to and that’s not even mentioning that his body is plagued with a lifetime of injuries both on and off the board. If you’re 18 and looking at the photos thinking “I can do all this shit, where’s my interview?” you are a hater. Troy is you, but only 15 years farther down the path of life. Johnson you’re the shit. Oh yeah, he shot all of his tricks in less than a couple of hours—just another day at the office for “ROIDS”.

SLUG: Heard you just went to the Black Pearl Skate Park in the Cayman Islands. How was it, was it better than sex?

ROIDS: Well, it’s the only sex that I am getting right now, so I would have to say yeah, it’s better than sex. I just got back a few weeks ago and I miss it already. The “Black Pearl” was so huge and it had everything imaginable to skate. Cayman is a great island with lots to do and super cool people. If you make it down there, be sure to stop by Calico Jacks and ask for Marty or Melissa; you won’t regret it.

SLUG: When was the last time you threw yourself down a set of stairs or onto a handrail?

ROIDS: Why do you have to bring up the past? I try and suppress hurtful experiences. I don’t know does South Jordan count?

SLUG: Who have been some of your favorite pro skaters over the years?

ROIDS: Which decade? I guess in the 80s I was into the vert scene so I liked Jeff Phillips (R.I.P.), Chris Miller, Lance Mountain, Gator “Surf Bag” Ragowski. In the late 80s and early 90s I liked Gonz for obvious reasons. The early Blind Team was so sick (Guy, Rudy etc.) Ray Barbee and Matt Hensley make my top-ten right now. I like a lot of different skaters for different reasons. Ronnie Creager is my all time favorite. Greg Lutzka can do anything. Joey Brezinski is a technical god and I like E-Man for his ability to destroy everything. [There are] way too many good skaters nowadays.

SLUG: Who have been some of your local favorites?

SLUG: Where do you find time to skate between work, your job, your daughter and sleeping?

ROIDS: I find plenty of time to sleep, that’s for sure. I usually skate on Thursdays because its my day off work. Sometimes I get lucky and skate on the weekends. I share responsibilities with my ex-wife raising our daughter. So Tracy has her a lot.

SLUG: How old is your daughter? What is her name?

ROIDS: Her name is Brittain and she is seven years old. She is so rad. She makes everything in my life better. Don’t get any ideas guys! I wouldn’t let her near one of you. I love my angel!

SLUG: For those who don’t know you had a near death experience about two years ago. Care to elaborate on that one?

ROIDS: Well I was working for my parents and they needed me to go to some job-site in Draper. I wasn’t wearing a hard hat so that didn’t help. I remember waking up to like 15 construction workers all huddled over me. I was like what the hell happened? Apparently somebody had dropped a 12 or 14 foot two by four on my head knocking me out, and splitting my head open like a melon. The doctor said I had 60 plus stitches. It was pretty gross. I still have the pictures.

SLUG: Is skating as fun for you as it was back in the day? Why or why not?

ROIDS: Yes and no. Skating back in the day was so fun because it was so new. We were constantly testing the boundaries with our over-weight and inferior boards. It was fun to see what was possible. It also had more of a raw feel back then, like you had to try harder to be a skateboarder because it wasn’t accepted at all. We were a minority back then and no one wanted to dress like us. They hated us! Now it’s different everywhere you look it’s like skating is accepted. From parks popping up all over to anyone for that matter sporting around all sorts of skating apparel. I even heard skating is going to be in the 2012 Olympics. How strange is that? I don’t know it’s not worse now it’s just different. It’s good for the industry that it has blown as big as it has. But it lost its “us against the world” quality that really appealed to me. Kids getting into skating today have no idea what we had to go through to get skating where it is today. I think they are spoiled and don’t know how good they have it.

SLUG: Do you plan on skating for the rest of your life?

ROIDS: Well that depends. Is Bill Dorfman (80 years plus and started in his late 60s) is still alive and skating? I’ll skate as long as my body allows me to. I still love skating and I don’t see that ever changing. Roll forever!

SLUG: Anybody you want to thank for making you live this long?

ROIDS: Yes, my mom and dad and all of my family. You and your dad, Henry for taking me home from downtown all those years. I stranded myself down there on a weekly basis. My daughter Brittain, for showing me what’s really important. Her mother Tracy for raising our daughter so well. I want to thank all of my life long friends for all you’ve done and continue to do for me. Thanks for putting up with all of my shit. You all mean the world to me, thanks for being such good friends!