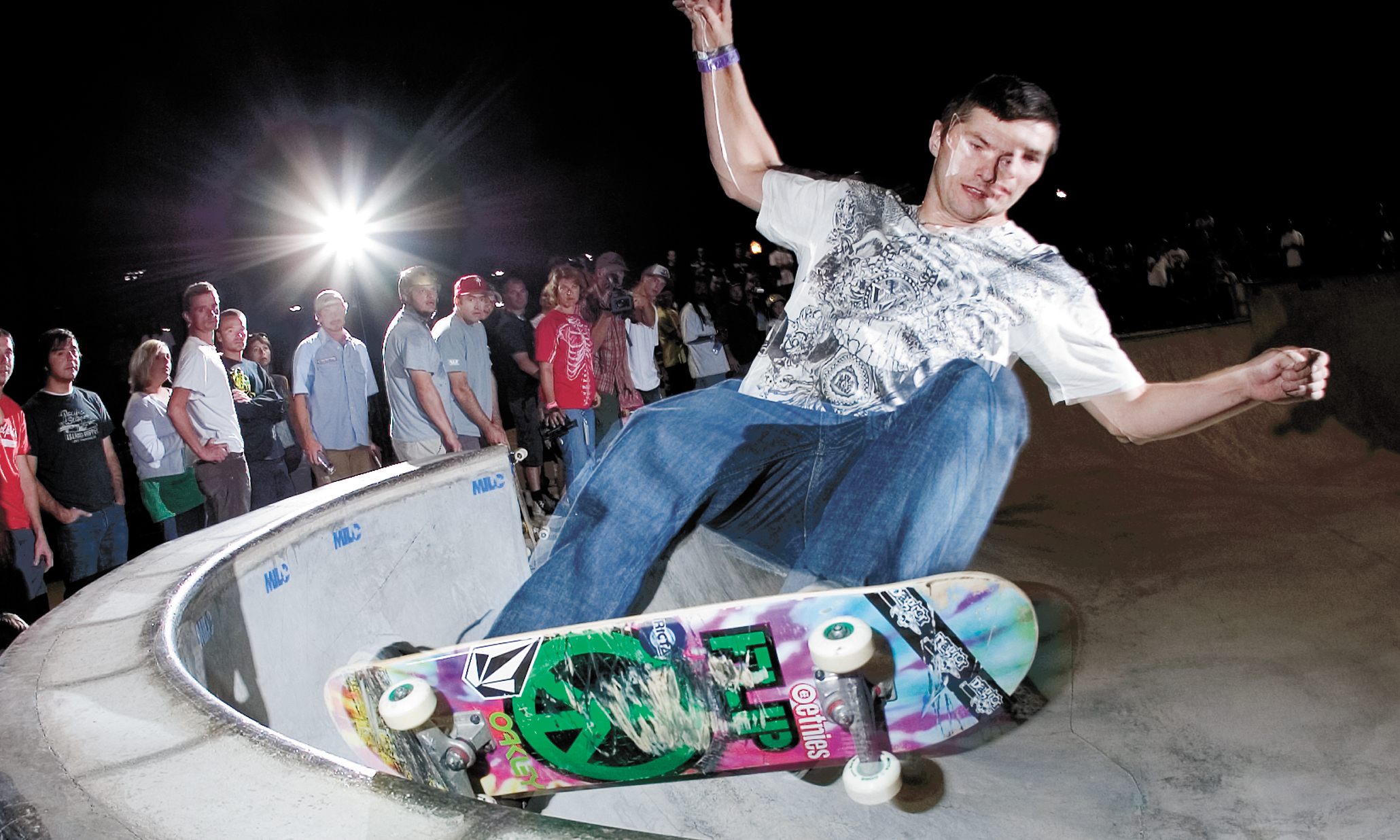 Showdown at So-Jo: Bomb the Beehive

On the weekend of September 20 through the 23 there were two professional skateboard events in town. One of them, the AST Dew Tour, had all the biggest stars, managers, videogames, pro-model hybrid cars, annoying announcers and, most of all, mega cash and a national television spotlight. During this event, Shawn White had a bitch fit and I don’t know if it was because he lost the vert event or because he doesn’t have a Pro-Activ endorsement. Ryan Sheckler was also making teenage girls’ hearts melt with his Beatlemania atmosphere. I don’t blame the kid, I just hate him; and no he is not the next Tony Hawk, mostly because Tony invented his own tricks and wasn’t a bitch like Sheckler.

South Jordan Skate Park hosted some serious skating on September 21. Known as the Bomb the Beehive contest, this event was coordinated by Brian Baade and, in my opinion, was a huge success. It was also the first of its kind in the Salt Lake Valley and I’m sure it won’t be the last. Since putting on such an event is no easy task, I commend Brian and all of the sponsors who helped out like, vitaminwater, go211.com, Milosport, South Jordan Parks and Recreation and Gardenburger. There was also a ton of local volunteers who helped make this thing happen as well as Analog, Bones Wheels and VOX kicking down some products for a giveaway.

As far as the skating goes at South Jordan, there was no shortage of professional and local talent battling it out for the two thousand dollars in cash prizes. Locals Austin Namba, Isaiah Beh, Levi Faust and Tyson Bowerbank all received some cash money for their efforts. Also ex-vert pro and now Utah resident Brian Pennington killed the bowl and kept heads turning. I know the World Cup of Skating judges, Tom Curran, Matt Milligan, Owen Nieder and President of the World Cup, Mr. Don Bostick, were more than impressed by the amount of local talent. Professionals on hand for the contest were: Rune Glifberg, Benji Galloway, Rodney Jones, Juian Ethridge, Chad Fernandez, Gumbie, Fabrizio Santos and Pete Eldridge.

Other highlights of the contest were announcer Dave Duncan, Darwin, being the first guy in a wheelchair shredding the bowl– and Tony Magnusson taking a taxi from downtown SLC to the event. I don’t know if taking the cab had anything to do with him being a corporate big wig or if it is just because he only has three fingers on one of his hands, making it hard to use a phone. I can’t wait until next year’s contest. Oh yeah, if you want to see the footage of this contest, just check YouTube or some other shit because there were plenty of dudes there with cameras.