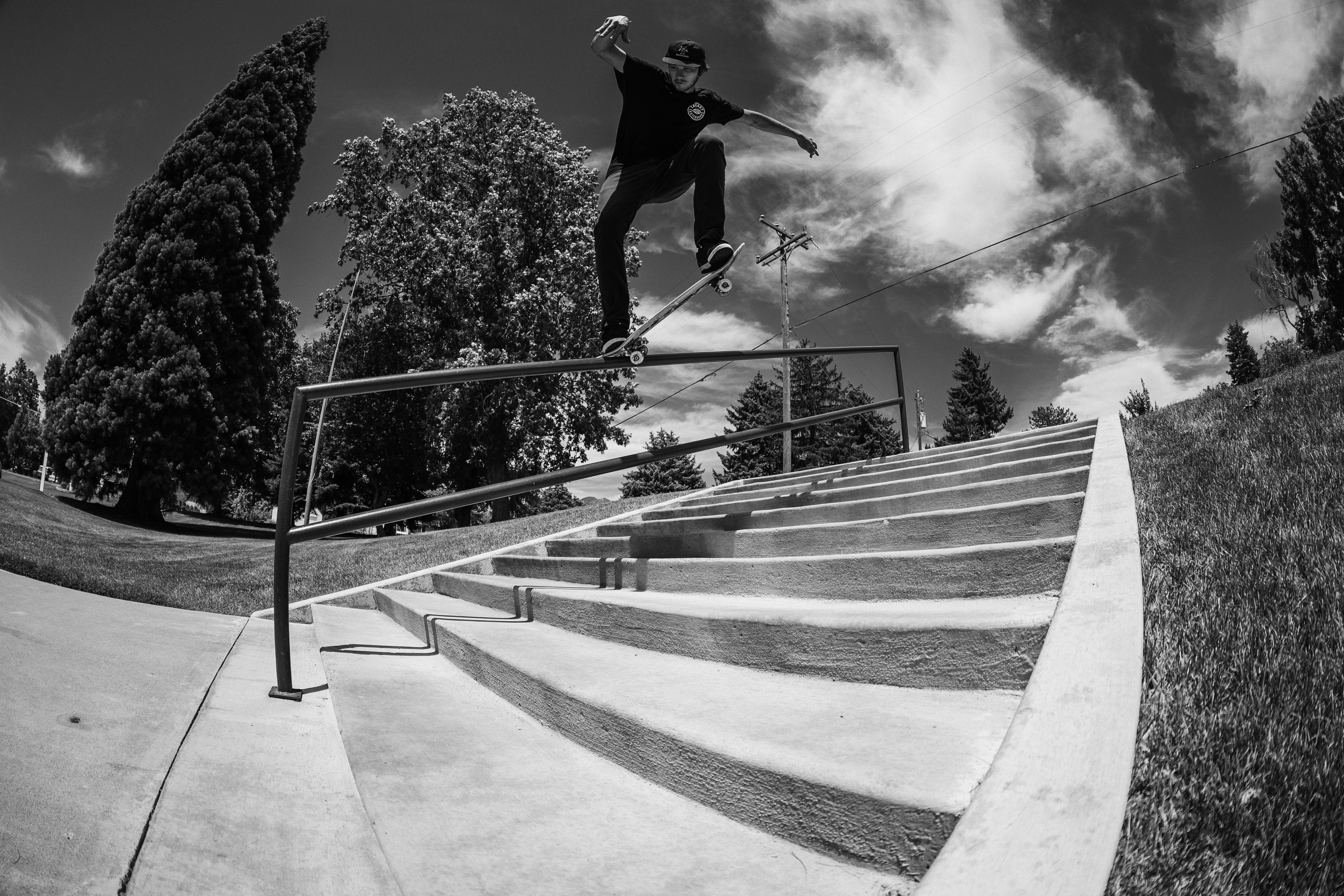 It’s probably a dream of almost every skater to open they own skate shop, but in reality, it’s quite hard to do and be successful year after year. 2016 marked the 20th anniversary of Blindside. That’s a pretty impressive milestone in this rollercoaster of an industry. I spent five years working in the Orem location (RIP), and have a lot of BNSD pride because of it. Much respect to Milo, Salty Peaks, BC and Lip Trix in St. George for also supporting the Utah skate scene for over two decades. In an era of giant mall chains and internet shopping, let’s remember to support our local shops. They are the backbone of our local scene.

Mike Zanelli has been skating for Blindside since 2007. He’s not slowing down as he heads into his 10th year on the team. This is a first try at a crooked grind last summer in SLC. #20yearsofblindside