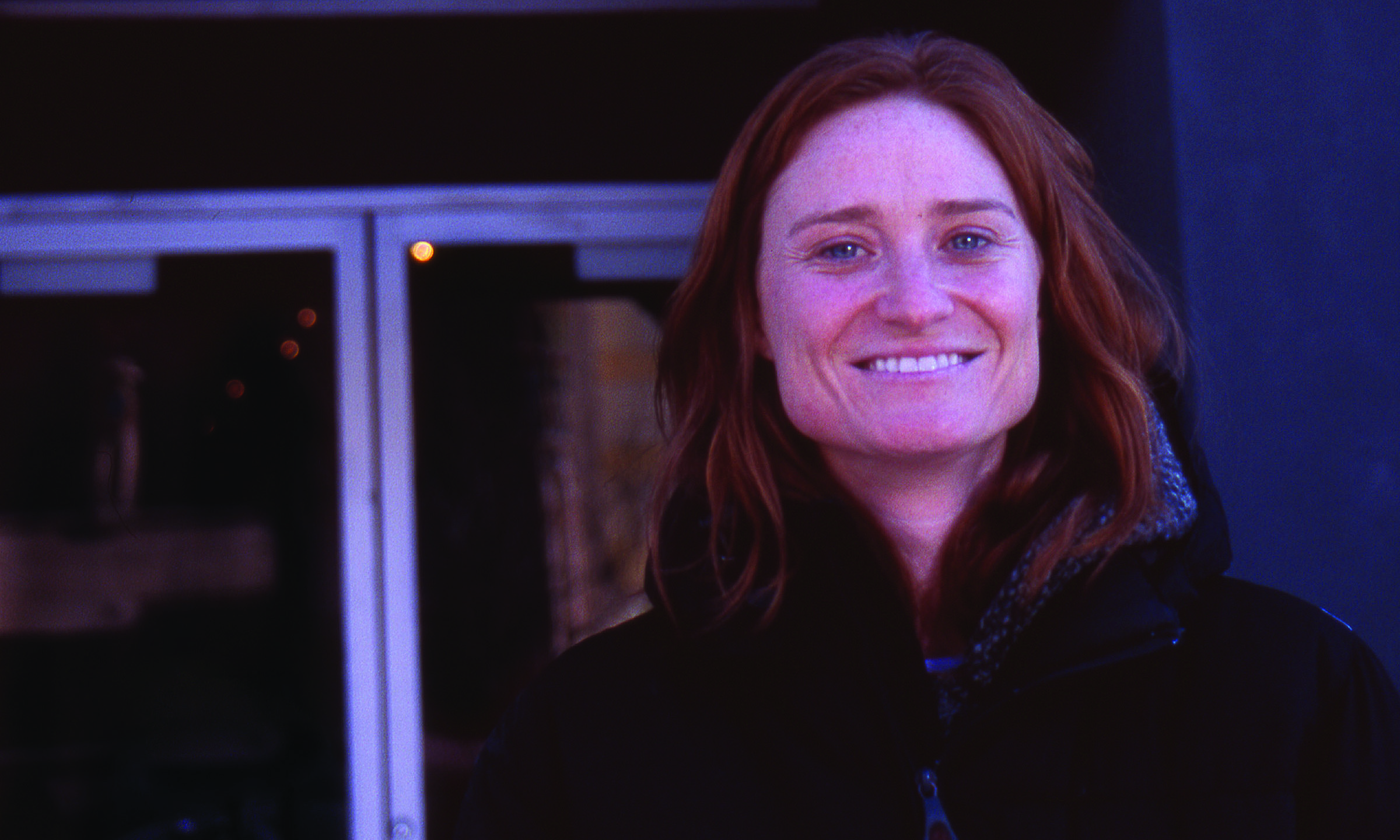 My first trip to Ogden occurred last year; a group of friends and I ventured into the unknown city in search of some handrails to film. The Salt Lake valley just received six inches of snow and after getting blacklisted at the U, we decided to discover first hand what Ogden had to offer. I’d heard stories of many worthy rails (and the promise of relaxed police officers).Our crew spent over two hours sessioning a handrail in front of what looked like an insane asylum straight out of Tim Burton’s Batman. As time passed and the cops never showed, I began to become less worried about being ticketed and more paranoid of some hatchet-wielding psycho lopping our heads off. This being my only Ogden experience, I was shocked to hear that a dozen or so companies including Descente/DNA, Nidecker, Snowsports Interactive, AmerSports (Salomon, Atomic Ski, and Suunto), Scott USA, Kahuna Creations and Goode Ski Technologies had announced the move of their base operations to O-town. After all, Ogden is a city surrounded by beauty, but weighed down by its own neglect.

Ogden began like most towns and cities in early history; fur trappers set up shop and trading posts sprung up along the Weber River along with a series of forts. But what made Ogden unique was the explosion of the rail system and the meeting of the Union and Pacific Railways with two symbolic golden spikes on May 10, 1869, making O-town a main stay for intercontinental railroads: the city was now a major junction along the railway, the population rose and so did the crime. As the threat of WWII approached Ogden was considered a safe zone to move war materials. When the railroad business began to decline, Ogden’s government realized that Ogden suffered economic ups and downs because they were so closely tied to government industries. Leaders worked to bring more private industry to the area. In 2002, the city was named as a major venue city for the winter Olympics. Since then, the city has remained as I first noticed it: a place with a colorful history and potential but not much else.

Descente Inc. was the first big company to announce their move from Denver to Ogden. It was difficult to see why such a large international company that has graced the covers of Times and Sports Illustrated, and bears the Olympic jersey of Michael Jordan in its hall, would want to move into such—for lack of better terms—a shit hole. I had a chance to discuss with Curt Geiger, the VP of operations of Descente, about what Ogden had to offer.

Curt informed me of the vision of the Hub, as described to me previously by Steve McBride of Kahuna Creations, as “a virtual home for action sports companies to band together to further the industry and compete.” This core of action sports companies will be based around two major developments. The first, (of which construction has already begun,) is a huge recreational center and shopping plaza. The second is a proposed tramway. This facility will house a year-round ice-climbing wall, rock walls and a flow lab (wave pool) along with other amenities such as bowling lanes, a megaplex and retail shops. This will provide the city of Ogden, its residents and tourists alike, a place to spend their time and money.

The second piece of the puzzle is a proposed but not-yet-confirmed Ogden Tramway; a gondola starting from the aforementioned recreation center, connecting to Weber State University and providing direct access to Snowbasin ski resort. As I interviewed the current companies of the Hub, all the excitement was surrounding the tramway. Curt of Descente let me know that without this plan in place, the move to Ogden would not have happened.

It was also the deciding factor for Amersports, who moved three of its four companies to Ogden. Formerly based in Portland, the company turned down 3.3 million dollars in grants and tax breaks from P-town in order to become an early player in the creation of the Hub. (Ogden only offered an estimated tax break of around a million dollars for contributing fifty job openings to each company interested in the move). Mike Dowse of Amersports said it best when he stated that “If the tram is approved, the outdoor industry will turn its collective eye.”

Along with a new Trax line that will connect Ogden to the Salt Lake City Airport, these companies will be able to bring in potential prospects (buyers, employees, customers) effectively. Cutting down on transportation fees and lengthy commutes, they expect an increase in their business potential. This group of businesses hope to push the limits of the action sports industry by working together on exterior plans such as a proposed Ski Industry Board Word has spread that these companies are making donations in the name of Ryan Smedley, a former pro snowboarder who was killed in an avalanche last winter, towards a memorial skate park in the downtown area. With Ogden’s location minutes away from the best stuff on earth (not just snow, but kayaking, mountain biking, hiking, etc.) the city has the potential to turns its economy around.

Many companies had overlooked Ogden when searching for a new home. However, Mayor Godfrey attended trade shows and was able to generate interest in the area. The movements of these companies alone have already contributed numerous jobs to current and future residents; historic buildings are being restored with government grants and the basic ground work for a “renaissance” in Ogden has been set forth. With additional interest from other investors, Ogden has the potential to become a thriving economic industrial city once again.

With the chips on the table, but the gondola plan unconfirmed, why would such large companies make the move anyway? “Well it’s like the stock market,” as many of the company’s described to me, “Ogden is ‘within reach’ (as the city’s tagline reads), but its stock is still low.” Courtney Boyer of Nidecker describes the city as “in denial about its economic situation.”

Opposition to the tramway (among other reasons) has arisen for fear of Ogden becoming the new Park City—over populated and too expensive to live in. However, these entrepreneurs fully believe in Mayor Godfrey’s vision of turning Ogden into North America’s premiere action sports hub. And what if the tramway is not approved? Then the company’s that bought into bad stock will sell. The hub’s core business hope that perhaps in a few years from now Ogden will establish a “cool factor” that will enable it to become the center of action sports (and not just known for its lack of life, police presence and dirt cheap weed).