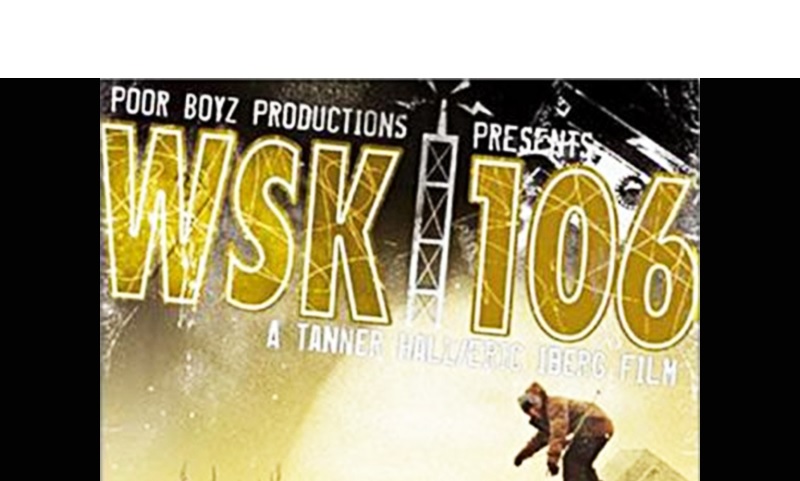 This past October marked the celebration of one of freeskiing’s most renowned personalities, Tanner Hall. After dominating the competition and movie scene for the last five years, the young superstar finally hit the ripe old age of 21. Unlike most, Mr. Hall’s birthday was a huge celebration accompanied by the release of his new movie, WSKI106.

Salt Lake’s own Club Naked transformed into a small ski mecca as eager groms braved the cold to see one of the most innovative ski films to date. With a huge screen outside the club, admission was free and brought a full house to watch the sickest moves from nine of the hottest skiers right now: Tanner Hall, Eric Pollard, DAsh Longe, Rory Silva, Kye Petersen, Sean Petit,Michael Deschenaux, Shoya Okasaki and CR Johnson.

Directed by longtime friend Eric Iberg with the help of Poor Boyz productions, WSKI106 takes viewers on an indie-style movie journey, presenting each rider through a radio-show format. Each skier has a character that they portray alongside their incredible ski footage. The creativity of the film is brilliant and adds color to the often repetitious and mundane world of ski films. Iberg and Hall’s ideas are reminiscent of some of the crazy ideas of the great ski filmmaker Greg Stump, who shed light on some of the legendary skiers of the 90s like Glen Plake and Mike Hattrup.

This film is a great representation of what is happening in the sport of freeskiing right now, with epic urban jibs like Tanner Hall’s 450 off double kinks to just simply watching the amazing style of Eric Pollard. One can only be inspired to go out and try something new after watching this film.

After the outdoor viewing for the all-ages crowd, it was time for the elders to get their drink on inside the club. Naked was packed with some of freeskiing’s most influential skiers: JP Auclair, Eric Pollard, Pep Fujas, CR Johnson and many more. To add a little flavor, Eric Iberg insisted that the dress code be “jacket and tie.” So with everyone dressed to impress, the club turned into as much of a show as the actual movie.

Live music was provided by an incredible Euro dancehall reggae act, Cali P, who absolutely killed it with crazy beats and an amazing live show. Tanner Hall and many of the other skiers were right there on stage dancing with the MC and getting the rest of the crowd pumped and into this once-in-a-lifetime event.

The party raged on until closing time. Serious amounts of alcohol were consumed and new friendships were made. The numbers dwindled until the cleaning crew was in full force. This fall season did not disappoint! It brought us yet another ski movie that reminds us of just how fast this sport is evolving. Special thanks to Konrad at Mainstream Marketing and Red Bull for making Tanner Hall’s 21st birthday a party to remember for him and the rest of us.