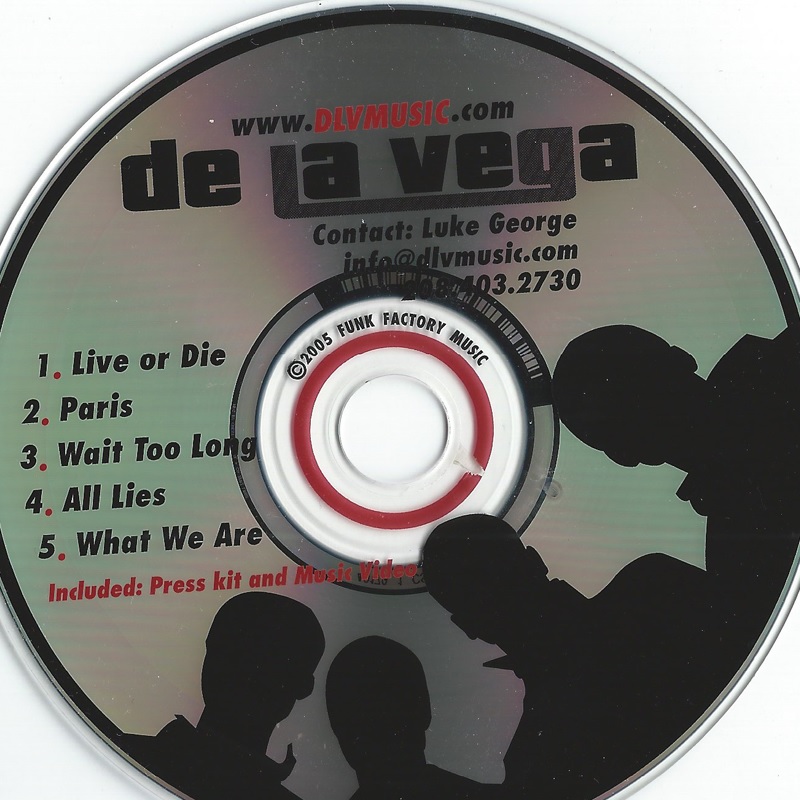 As if their full-length wasn’t enough, De La Vega sends another rap-metal-reggae release that wants badly to be Rage Against the Machine spooning with, say, Staind, but comes off like a horrible suicide-drink slime Sublime/Phish/P.O.D. hybrid. It’s grounded in some pretty catchy riffs, but is still doomed to fail. Throwing in some political commentary and piano doesn’t make it all better, baby.