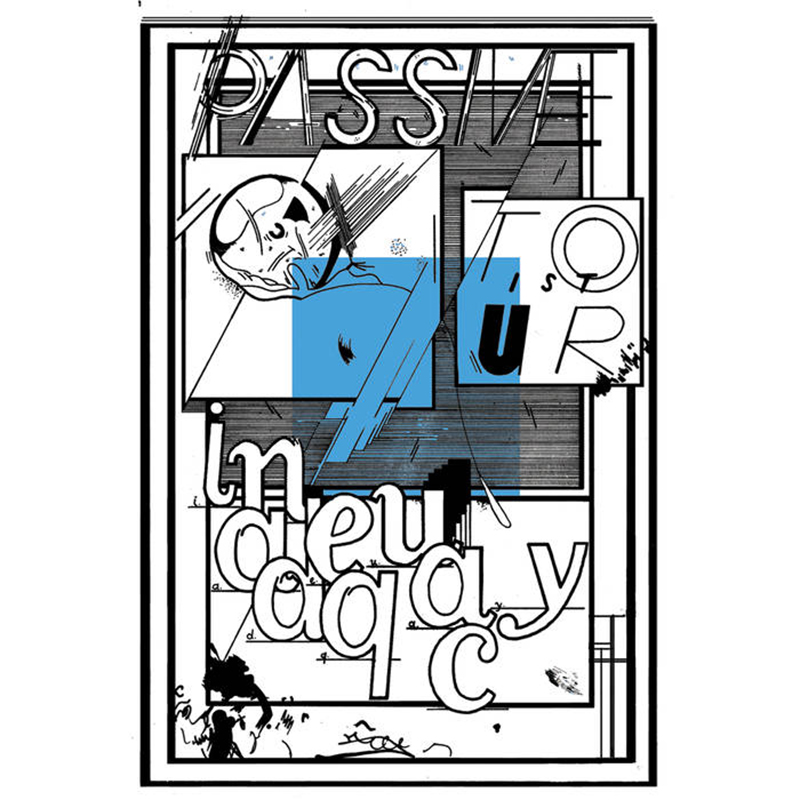 One minute and fifteen seconds into Passive Tourist’s opening track “New Place” from the musical project’s debut album entitled Inadequacy, the rules for standard noise-pop compositions come apart at the seams. Layers of vocals round each other to create a choir on the brink of a nervous breakdown. Noise and glitch-based samples join the cacophony of choruses, swarming like aggressive bees onto its unassuming host. For the next four minutes, Michael Fuchs overwhelms the once-structured piece with Milford Graves–styled improvised rhythms. Two possibilities emerge once “New Place” concludes. First, the listener may be dissuaded by shapeless composition; second, it may lure listeners into Fuchs’s unique landscapes, further disrupting their well-shaped definition as to what music is supposed to sound like. If your tastes fall into the latter category, then Inadequacy joins the genre-bending consortium of Animal Collective, Acid Mothers Temple and Broadcast.

Melodies blend in with the buried noise behind each track. “New People” begins without a shred of confidence. Fuchs’ deceptively frail vocals push behind a looped beat. Once the song reaches a point of rote repetition, he loops harmonies with a mantra’s effect over the eerily likeness of Tom Verlaine. Like Verlaine, what Fuchs lacks in range is made up in his abilities to perform every instrument heard on the track with exhilaration and precision. Analog loops and random bursts of noise are a significant part of Passive Tourist’s one-man orchestra. Too easily taken for granted are the songs curled around the ambience like snakes coiled together.

Themes of quarterlife angst wax anxious on “Fine.” Hope exists in short supply as the song’s intoxicated narrator fears what is ahead, no longer capable of measuring up to the list of dreams held during youth. “Modern times is all we have” sends up a white flag over classic disco rhythms. Sampled ocean waves begin “Wait Life,” a song in three parts, with a common thread of restlessness holding the entire piece together. This is best evidenced during the song’s outro, yelling “I am just waiting for life to begin!”

Indelible debut albums generate both hope and visions of greater things to come. Passive Tourist provides a sampling of its future in “Safe House,” where Fuchs deconstructs any previous pattern his songs establish. Vocals explode without warning. Like “Safe House,” each track reflects their own unpredictability—a singular vision of someone who values the soundtrack of the very modernity he fears. –Stephan Wyatt