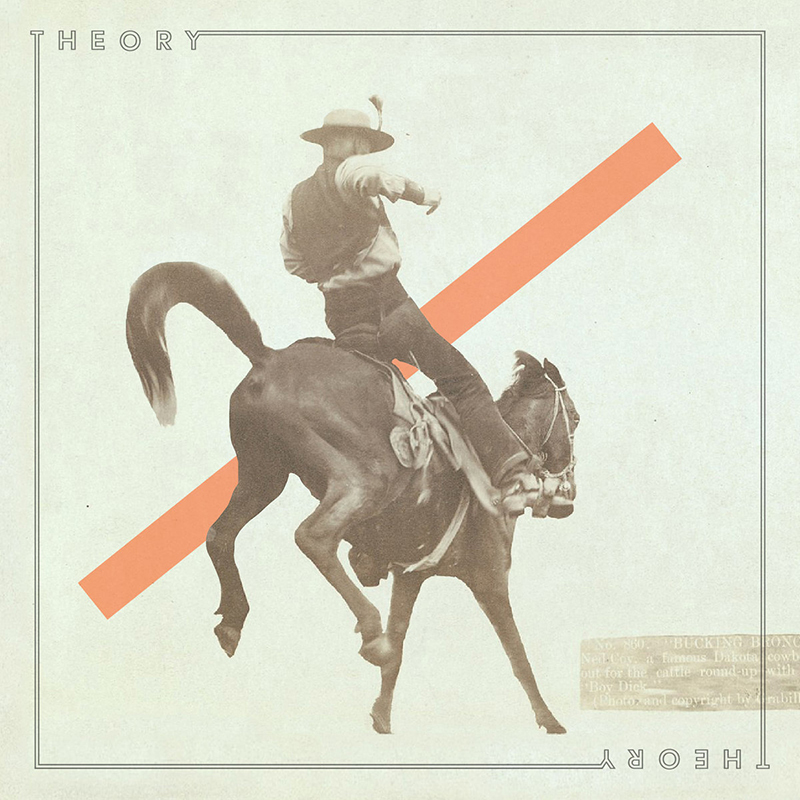 Theory/Theory, a local band relatively unbeknownst to the broader music scene, has cultivated an album worthy of acknowledgement. Their new self-titled release consists of 11 tracks, with each song managing to flow and sink smoothly into the next. No track seems isolated—in its entirety, the album manages to create a storyline with enough magnetic hypnotism to keep you nodding along.

After listening to only two tracks, comparisons to Radiohead’s The Bends came to mind. The instrumental idiosyncrasies are commonplace and the lead singer’s vocals are slow and dragging, but in a good way. This is especially true on tracks such as “Lemons (Blood)” and their opener, “Haruspex.” Listeners are clued in to a taste for the album’s darker themes and slanted lyricism from the first song. I felt as though I was dropped into a post-apocalyptic environment while the album serenaded me across a wasteland.

The track “Dead Weight Heavy Burden” has an indie dreaminess paired with synth vocals that give an Alt-J aftertaste. The songs “Unconditional (II)” and “Silence” add snippets from an interview with a man with catatonic schizophrenia, which contributes to the clouded, dreamy nature of the album. These tracks seem to whisper and crescendo before hitting an instrumental climax. Theory/Theory does this well and makes you feel like the protagonist of an obscure indie film.

A song set apart from the rest is the eighth track, “Cutting Teeth.” It begins with a jarring mesh of sounds that then dissolve into lighter guitar riffs and steady drum beats. The lyrics are scarce, appearing ghost-like and airy. Though the pleasant mixture of voices helps to give the song a gentle soul, the cacophonous lyrics and vocal crispness continue to touch on the biting tones found on previous tracks.

My favorite track from the album is “Medium” for its simple combination of guitar and vocals that shift into a melodic call to action. If we were reading a storybook, this would be the “soapbox” scene. This open setting of clean instruments and vocals is where the band really develops, letting their obvious musical talent shine.

While the album provides an easy listen, it’s also easy to get lost in. The dream-like tracks blend into one another, so it can sometimes be difficult to distinguish which song is which. The synth-pop instrumentals are similar throughout, but only some tracks are really able to stand alone. Despite this, the quality is still there—Theory/Theory is delivering those soft, indie landscapes we so often hunger for. Considering this is their first album to be heard by the public, I’d only expect great things moving forward—hopefully they have a lot more to say. –Jamie Christensen