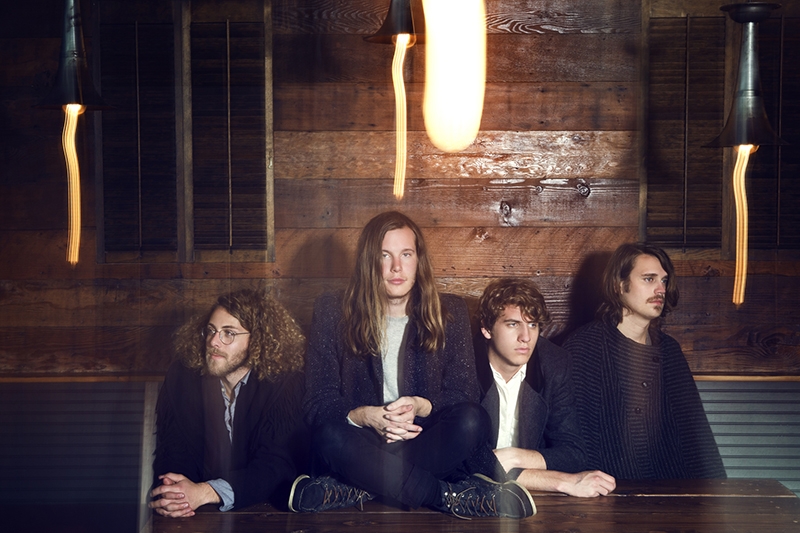 "We have had some great live reviews come out of [SXSW]—it’s a great way to get good press."

MP: We love SXSW. It is a crazy, chaotic week with always something to do. Between the parties, shows, fans and food, you get addicted to this festival.

SLUG: How has SXSW benefitted the band?
MP: We have received so much press from SXSW. We were just posted up on a Times Square billboard, and it was from a public relations company we met last year down there. We have also obtained some really rad endorsements like Paul Reed Smith Guitars, D’Addario Strings and Mesa Amps from SXSW 2013.
SLUG: Any standout shows or experiences from the past years?
MP: We have met so many wonderful people down there and see some pretty messed up things in the streets. I don’t even know if the best stories can be told without 90 percent of it being censored.
SLUG: What advice can you give to the other locals headed there for the first time?
MP: Do not get frustrated when things don’t happen exactly how you planned. Make as many mistakes as possible, but just don’t make the same one twice. Also, remember that band friendship is the most important thing.
SLUG: What are your expectations for the festival this year?
MP: We are pretty stoked to have some great interviews and meetings with A&R reps, publishing companies and a handful of different companies who are interested in endorsing us. Playing shows is dope, but interviews, meetings and signings are things that happen less often outside of festivals.
SLUG: There are thousands of bands playing the festival—how do you plan to stand out?
MP: We have no idea—we just have fun and work hard and it pays off eventually. It takes time, but so does anything that is truly rewarding.
SLUG: How are you getting there?
MP: We take an RV pulling our big trailer. Some of us are lazy and too old to do the bus tours anymore, plus Steve has to have the big screen TV, so we can watch The Mighty Ducks and play Xbox.
SLUG: Top 5 songs on your road trip playlist?
MP: We usually play a band that someone in the band doesn’t like just to get under their skin for being a weenie about life. We played a lot of Rush last year, and it was awesome.