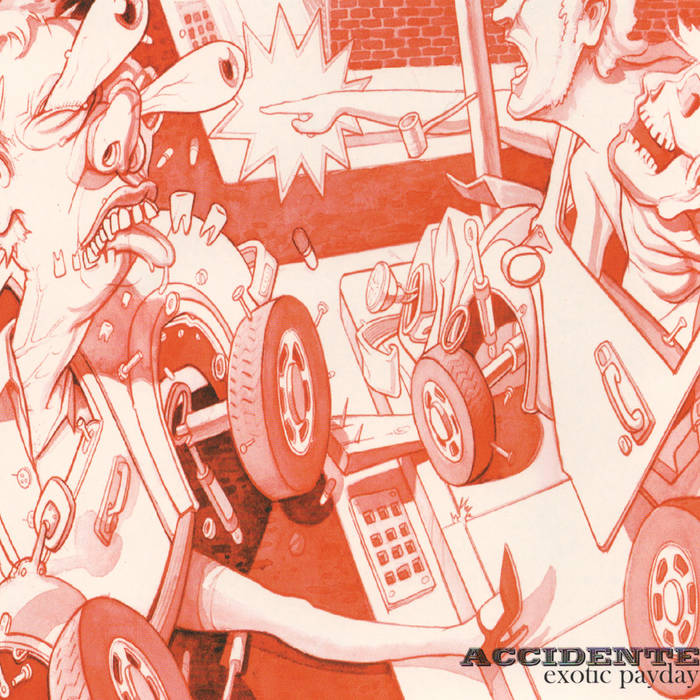 The album kicks off with the track “Barbarous,” a song so multi-dimensional that it demands to be dissected from all angles. Makowski’s vocals screech, scorn and scrape their way through Asher’s unapologetic, razor-sharp guitar riffs as they steer the song down a devastatingly destructive path of musical entropy, offset with an overarching mentality that casually seems to propose an anthem of zero-fucks given. It’s the ideal opening song for the album: unpredictable, systematic when convenient and ultimately governed by its own set of musical rules.

The sixth track (and also one of my favorites), “Crackwhore,” brings Iver’s dynamic, tsunami-inspired drumming style to the forefront of the album. “Crackwhore” manages to somehow span several different time signatures without muddling the melody, a feat made more impressive when combined with Dodds’ bristling bass lines and the seamless, complementary layers of Asher’s tonally impeccable, occasionally grungy guitar riffs.

The album rests spontaneously on the heels of its final track, “Sexy Space Bitches,” an appropriately irreverent track supplemented by a more direct, straightforward drumming style on Iver’s end and humorously offset by the caricature of Makowski’s flailing (and at one point, literally coughing and spitting) vocals. Noticeably more emotionally charged than some of the previous tracks, “Sexy Space Bitches” is the ideal ending to an enthralling, all-around dynamic album from a group of not only talented, but decidedly innovative musicians in the Salt Lake music scene. –Kristin Porter