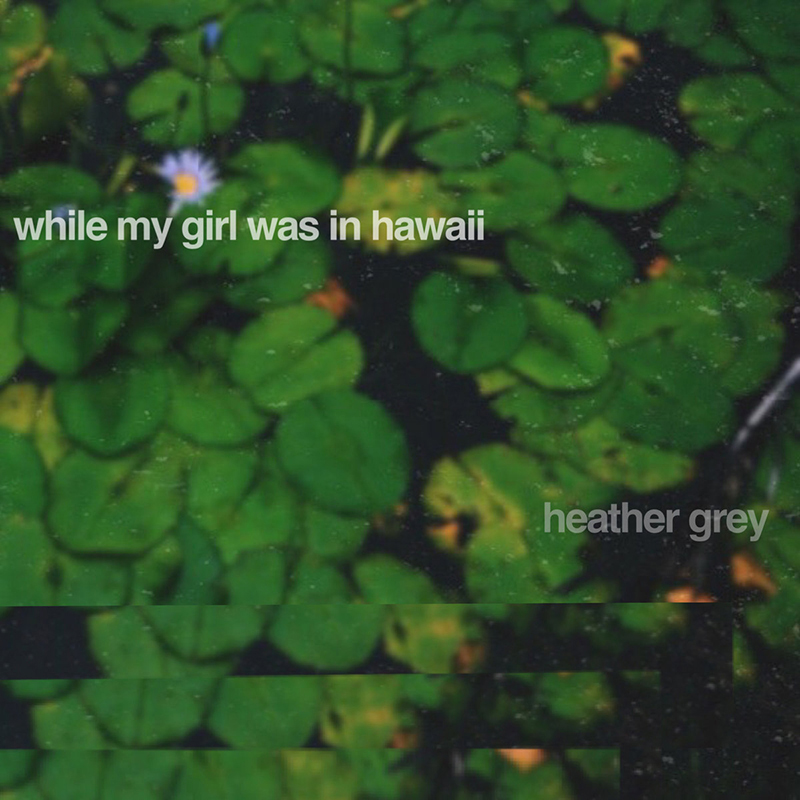 Heather Grey | While My Girl Was In Hawaii | Self-Released

Local Review: Heather Grey – While My Girl Was In Hawaii

Heather Grey
While My Girl Was In Hawaii

Wavy, minimalistic and with a hint of a tropical sound, Heather Grey continue to produce some of the finest lo-fi hip-hop I have heard this year. Coming off of April’s release of The Starting Lineup, Heather Grey have created another cool and atmospheric album with While My Girl Was in Hawaii, mixing that lo-fi sound with peaceful key riffs and Pan Am World Airways travel-adventure voice clips. These voice clips give these sounds a setting and a feeling before I even hear them—a calm voice talks about landing in Hawaii for a beach getaway with the ease of Pan Am.

While My Girl Was in Hawaii opens with “I Woke Up Like This,” a fitting opening with the instructions to play the travel adventure. The song opens slowly and moodily with simple, slightly distorted piano keys over a slow beat. “I Woke Up Like This” ends as quickly as it began with the sound of a plane overhead. As the plane lands in Honolulu, “Who What When Where Why?” kicks off with light percussion and a subtle, smooth trumpet, which lends this track a more jazzy feel than the opener. As the previous track fades into the next, “Kingdom Come” is the first on the album to have vocals. Provided by Shvnghii, their voice complements the cool trumpet playing behind him on the track.

The rest of the album continues on as a cool, tropical vibe and stays consistent in its execution. Heather Grey show off their consistency in production and their ability to mix jazz and hip-hop influences with interesting vocal samples to create a unique atmosphere. I wouldn’t only recommend this album but anything Heather Grey have put out in the past. Check out their Bandcamp at heathergreyy.bandcamp.com. –Connor Brady