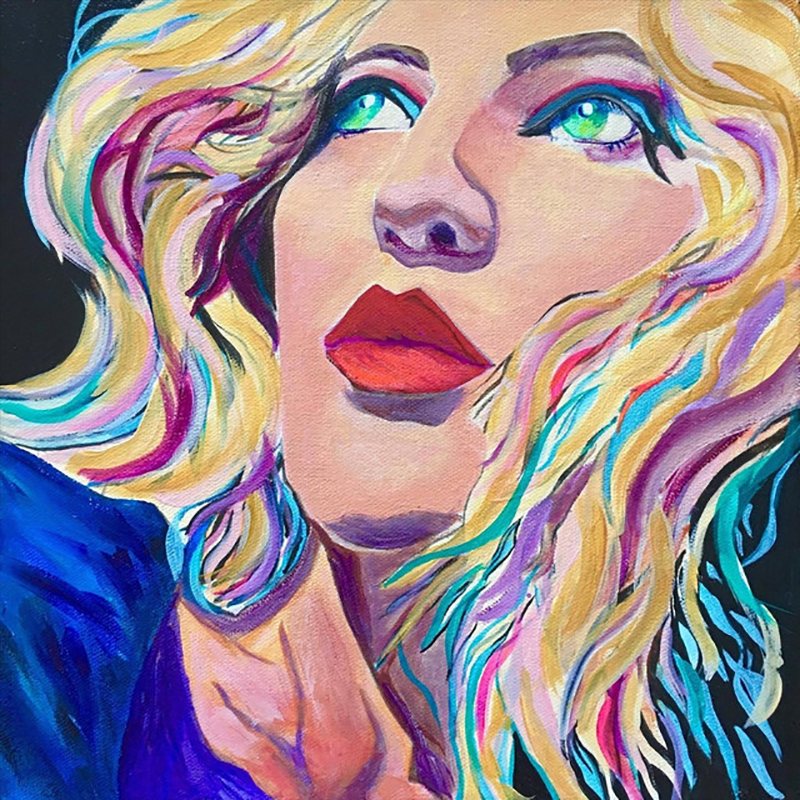 Seeming from nowhere, Alexa Diane has released a debut album that mixes a variety of beats and instrumentals with her raw vocals and the occasional featured artist to mix things up a bit. Right out of the gate, you get a sense of the mix of diverse sounds and quality song writing in Hate the Internet, with its mix of soft wobbling keys and cloud-style percussion and 808s in “Ataraxia.” As you fade out of the opening track, you are welcomed by a warm plucking guitar and a beat that sounds like it was pulled straight from a Samurai Champloo episode. Hate the Internet seems to pull styles and play with genres from all parts of the music landscape, from the track “Rubberbands” that has Alexa Diane singing alongside a rap verse to “April Fools,” which has a very familiar Alabama Shakes feel, with her vocals playing backup to blues-heavy guitar and percussion. The album continues to surprise as you fall out from the beautifully chaotic “Siren” and are brought back slowly with “Sideshow Bob.” The track opens cold with a heavy autotune affect and deep looming bass, that then plays conductor as the percussion picks up and Alexa returns with more natural-sounding vocals, leaving listeners to emerge from this song with a very My Beautiful Dark Twisted Fantasy vibe. Hate the Internet closes with “Digital Lust,” a track with beautiful vocals over a sometimes too-busy beat, but ends subtly and slowly as the songs break with conversation and laughter and an acoustic guitar carries the whole album out.

After finishing this album, you have to wonder, “Do I like this album, or do I like the artists this album reminds you of?” I think the answer is both, and what’s impressive is Alexa Diane’s ability to not only attempt all these different styles of music but also to succeed. Hate the Internet was a surprise in that each song was uniquely executed. Hate the Internet has a little something for everyone packaged in a consistently quality album. –Connor Brady