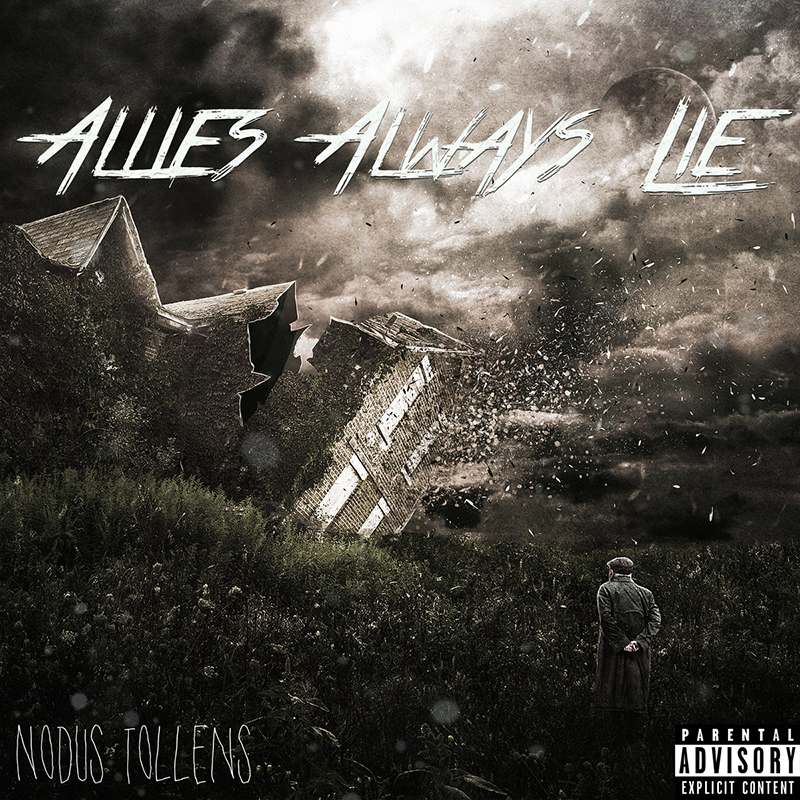 I imagine if the sharks in Sharknado had their inner monologue transposed into post-hardcore, it would sound a lot like Allies Always Lie’s first EP, Nodus Tollens. The sharp, thrashing sounds of this album are fueled by angst-y screams and all the assertive feelings youth can muster. “Code Breaker” starts the EP with lyrics addressing the disenchantment of a caretaker. The aggressive guitar riffs sound like machine guns firing at the faceless distributors of all things agitating, and the drums crash down like Viking hammers. Nodus Tollens is a giant, kicking and banging coping mechanism for a hard-earned life.

“Memoirs of a Sailor” continues the parental concerns with a focus on abandonment and inattentive behaviors. The sullen tone of the singing is contrasted by catchy, straightforward alternative guitar riffs. “Hope It’s You” takes a break from the darker themes but still maintains its youthful tone. This would be considered the pop song on the album if hardcore ever had such a thing. It’s fun, light and about a girl who seems to like him back … Life’s not so bad, right?

Wrong. Apparently, this girl wasn’t a unique snowflake after all and ended up being  “just another girl from the” “Wayside”—the fourth track on the EP. This song is still on the pop side of things, but the machine-gun guitars return, so it appears that the post-coital mushiness has been replaced by the generalization of former boos into stereotypes.

After any breakup, there’s always a bit of navel-gazing, and that’s where “Lone Wolf” comes in. The guitars now sound like two mechanical lizards in an argument. The story of Nodus Tollens has finally committed back to its earlier angst, and we get screams inviting the protagonist to diddle themselves into oblivion.

The final song, “Broken Anthem,” has a sense of unity about it that’s missing in the earlier tracks. The band uses the word “we,” and prior to this song, the album is “I”-centered. It also offers the best balance of what Allies Always Lie have created in their sound.

It’s nice to hear the unfiltered emotions displayed on Nodus Tollens. One of the best uses of art is that someone’s art can say what the artist can’t without it. This album is a story that’s been screaming to get out, and it does so well. –Benjamin Tilton