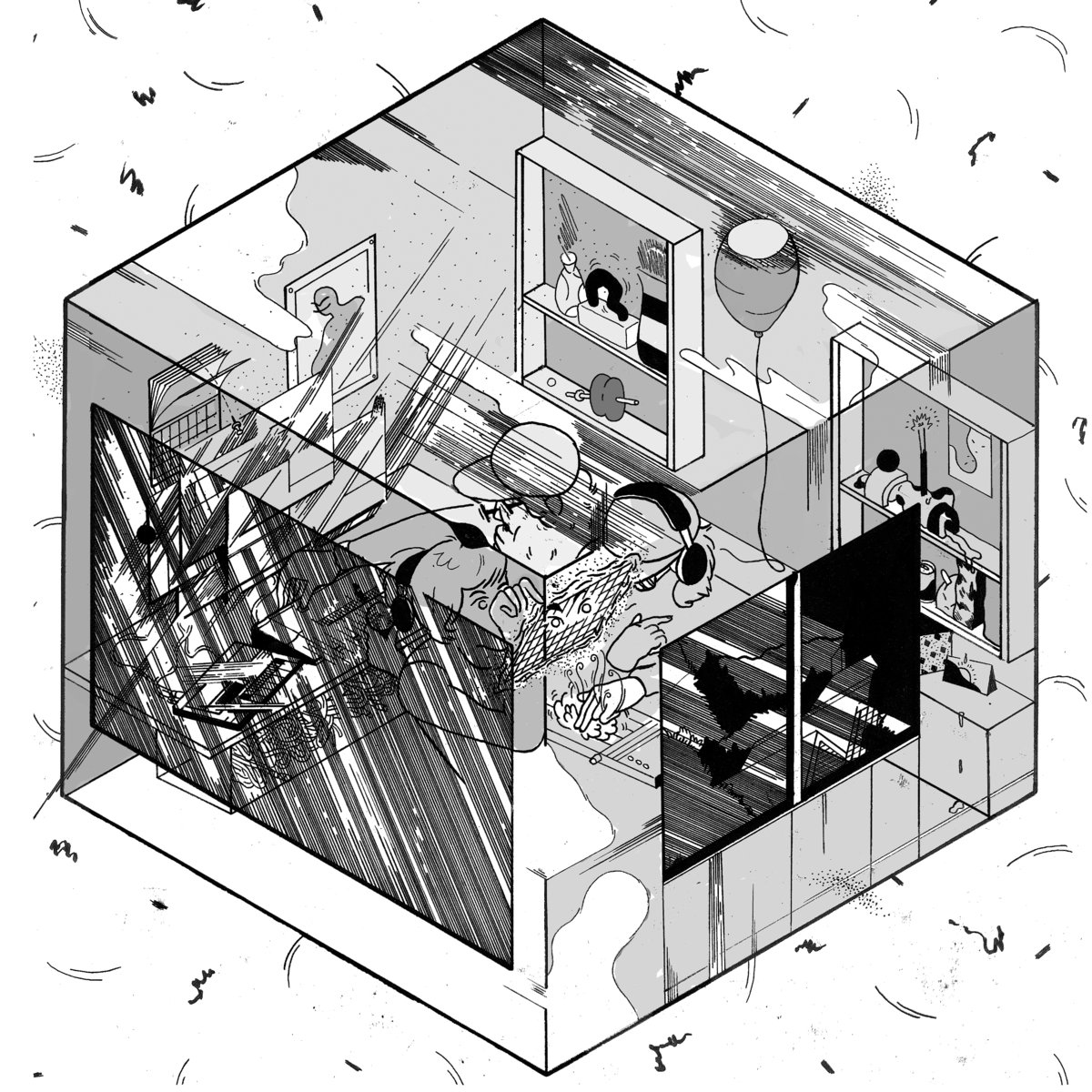 Andrew Aguilera and Lauren Smith formed Angel Magic in 2012 after working together previously on different projects. The duo create lo-fi synth electronic music similar to Aguilera’s solo project, Mooninite. This is their second release with Hel Audio under the name Angel Magic—the first, titled 2012–2015, features 12 tracks and comprises demos that the duo created leading up to the release of their debut album, Fall Through.

With relaxing synth beats and whispering vocals provided by Smith, Fall Through reflects the dreamlike state of mind before a deep sleep, and it’s perfect for getting cozy in your room reading a book or blogging on Tumblr. Fall Through’s opening track, “William,” begins with a slow, deep beat as Smith whispers, “I could fall …” over and over again in the background. One of the stronger tracks on the album, “Far Away” has a light and bouncy feel to it where Smith sings about wishing she were farther away from a lost lover, saying, “Far away / I just pushed you out of my heart,” capturing a feeling of remorse in a song that expresses longing through its melody.

Aguilera and Smith have created an album that fits well with the name Angel Magic, as glittery synth sounds and vocals fill the speakers like a wisp of cool air. In addition to the music, their label, Hel Audio, often commissions local artists to create album covers for their releases. Using black-and-white geometric shapes, the cover of Fall Through is a graphic image of Aguilera and Smith working together in a small room creating music. Hel Audio releases are available online at helaudio.org or, occasionally, in local record shops like Raunch, Diabolical and Graywhale. Angel Magic’s music is also available online at angelmagic.bandcamp.com. –Julia Sachs