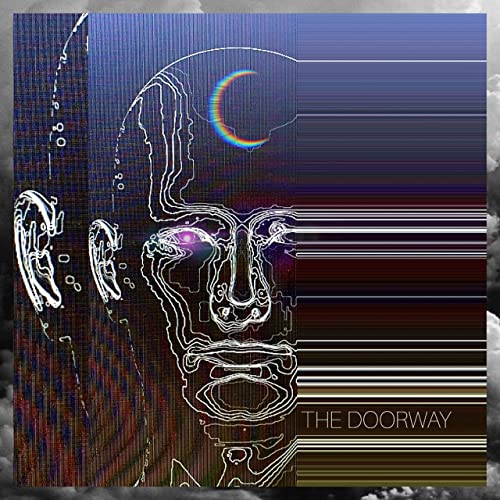 Supplying vibes from a time when all the best soundtracks came from video games with the number “64” in them, Arcadia Light’s latest release, THE DOORWAY, is a fusion of trance synths, funky beats and a big splash of nostalgia that still remains fresh.

THE DOORWAY opens up with the thumping bass of “I Can Tell by the Look on Your Face,” the bass-led spaciousness of which is quickly broken up by metallic percussion and a soothing synth-and-guitar progression. The dreamy soundscape progresses uninterrupted until the addition of a beautiful koto sample rounds out the track’s sound. Instantly, it’s clear that Arcadia Light’s songs on THE DOORWAY allow for constant change and addition in instrumentation and influence.

A spacey, dreamlike beat quickly fills in the spacious atmosphere of the opening track, leading into soothing saxophone and a disembodied vocal sample. Much like its name, “Passed Out In The Waiting Room” sounds like the backing track to a dream. With its use of hand drums and a tambourine, “Animal leader” gives off a vibe reminiscent of the Donkey Kong Country series with a mix of flute, electronic ambience and a progressing beat. Arcadia Light continues to supply smooth tracks with “A Dream Within A Dream,” using a simple beat and ambient drips to build the track’s dreamy atmosphere before switching to a synthy funk beat.

The dancier song “Oblivion” kicks off the latter half of the album, taking advantage of a constant thumping beat and violin samples for a vintage sound. The vocal interlude in the middle of the track stands out by giving some space before throwing the track right back into a quick burst of beat. The vintage sound continues in “Astral Realm” with a jazzy opening before transitioning to a deeper bass that darkens the mood and adds a more futuristic feel.

Closing in glitchy chaotics, “Everyone Around Me Is Dying And Death Seems To Never Leave My Side” mixes the plucking of a shamisen—a traditional Japanese string instrument—among dubby bass, electronic beats and burst of synth in a send-off of mashed up styles. THE DOORWAY closes with a somber voice stating, “They say I have a wonderful life / I don’t know what went wrong.” Birds chirp behind the voice, and the instrumentals slowly fade.

THE DOORWAY is a masterful mix of styles and tones that brings a cool and sometimes chaotic soundscape. The atmosphere developed by Arcadia Light in this release is something that should not be missed. Give this one a look, and while you’re at it, check out their other 2021 release A Dragon’s Face In The Sun. –Connor Brady