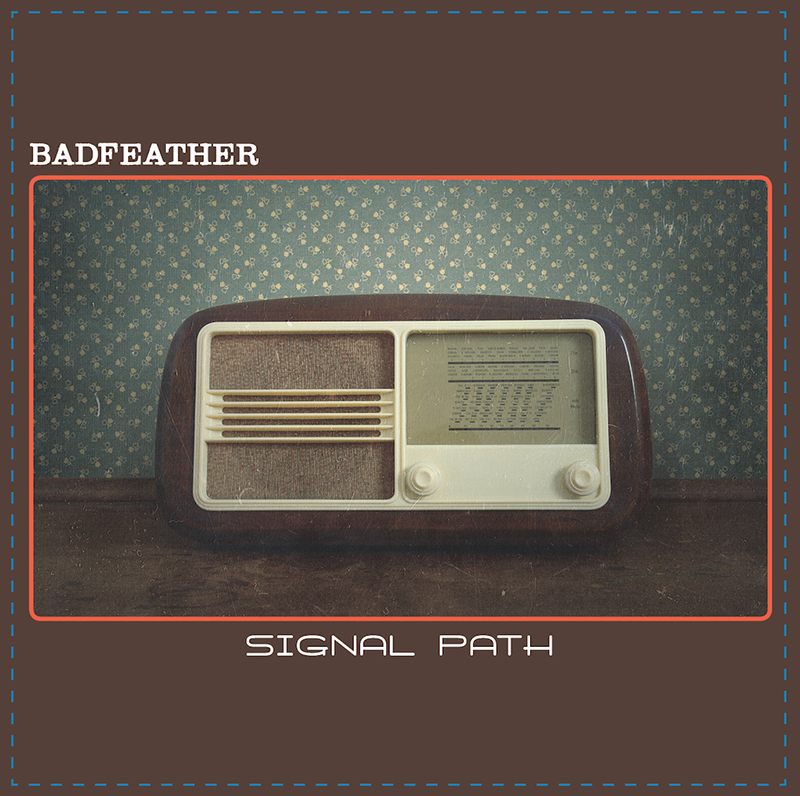 Signal Path is Badfeather’s debut full-length album. Wildly diverse and comprising of 11 tracks, each song differs from the last, each often falling into a different genre. Badfeather flex their versatility on each track, ranging from total funk to total rock, even breaking out a little acoustic folk rock on tracks like “Babbling Riverside Blues” with powerful acoustic finger vibratos and vocals. The track “Zeros Full of Holes,” demonstrates the rawness of classic rock that serves as a foundation to the rest of their songs, which get a little funkier. Some tracks, though, get more metal, shattering the image of what role keys play in a band. Forget classical and funky keys—“Moxia” is a track that struts Badfeather’s ability to combine electric riffs with heavy notes on the keys.

Badfeather have a strong sense of classic rock but have not backed themselves into a corner. Rather, they have demonstrated their dynamic style and nuanced approach to rock. Signal Path is lyrically simple but embodies the funk accompaniment of female background vocals on tracks like “Sweat.” Badfeather tends to speak less and jam more, justifiably highlighting their wide-range instrumental talent. Five musicians on one stage poses the risk of overwhelming a natural sound with instrumental crowding, but in the case of Badfeather, more is merrier. Each instrument supports the others, with dramatic pauses and harmonies in all the right places.

Tracks like “Brand New 2nd Hand Suit” are catchy, soulful songs, with funky solos on the keys and electric distorted electric guitar riffs. The lyrics are simple but sung with a harmonized funk, with high- and low-pitched singing of “Talk is cheap.”

With songs ranging from three to nearly six minutes long, packed with groovy beats and ripping solos, it’s nearly impossible to stay sitting while listening to Signal Path. Venues like The Depot and Hog Wallow host Badfeather and their spectacles. Be sure to head over to badfeather.bandcamp.com and press play on Signal Path. –Lizz Corrigan