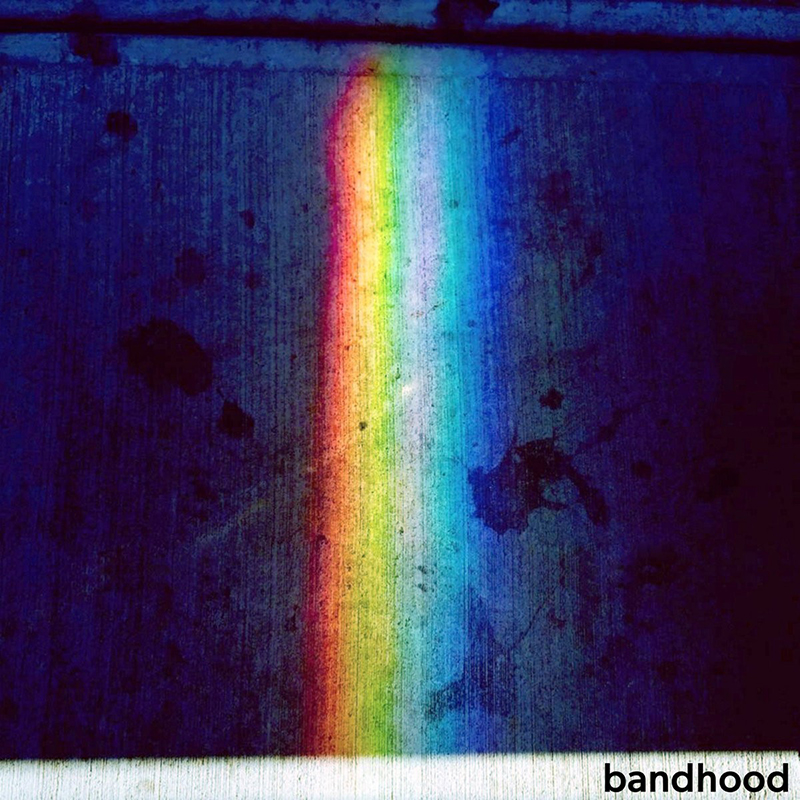 Bandhood is an exercise in duality—the yin and the yang, the harsh and the delicate. This is especially interesting, considering that Bandhood is comprised of only one member: Andrew Drechsel. Half of the album is comprised of pretty indie songs, while the other is more in line with the sludgy stomp Drechsel showcased with his band Laughter. It makes for an interesting listen, and it’s one that never feels jarring, despite the switching between genres and moods.

“Wonderful” opens the album with a gently-strummed acoustic guitar and Drechsel’s affable vocals. Drechsel’s lyrics are free from the sappiness that so easily comes with such mellow music, as he delivers them charismatically and even throws in some humor for good measure:  “Everyone I know might go to hell / Well, it could be worse.” The track ends with a several-second explosion of distortion as Drechsel delivers the chorus for the final time before the next track, “Averse Universe,” jumps in with its heavy drumming and thick riffs, completely contrasting the first impression created by the opening track. Melody and strong lyricism still live in these tracks, but it is undeniably heavy—it’s hard to believe that this is the same project featured on the opening track.

Drechsel keeps the balancing act of one soft song to one heavy song throughout the album, as “Hey Hey” injects the tiniest bit of country twang to the softer side of Bandhood and even features a ripping acoustic guitar solo near the end of the song. “Every Song’s Been Written” is a meta journey through songwriting and song-listening, delivered with some of the cleverest lyrics on an album full of clever lyrics. Drechsel’s voice sounds like a combination of Steve Brooks and Maynard James Keenan on heavier tracks like “That Sin” and “The Only Million,” which also feature some cool shout-along vocals that would feel at home on a punk record.

The closest the disparate styles of Bandhood get to merging is on the final track, “Sofia,” which features a plodding bassline, dive-bombing guitars and generally softer vocals from Drechsel. I initally found myself more drawn to the harder sound of Bandhood, but Drechsel’s lyrics pulled me in to the more mellow side of the project as well. The exploration of, well, bandhood and what it means to connect with music throughout the album make it an interesting listen throughout. –Ricky Vigil