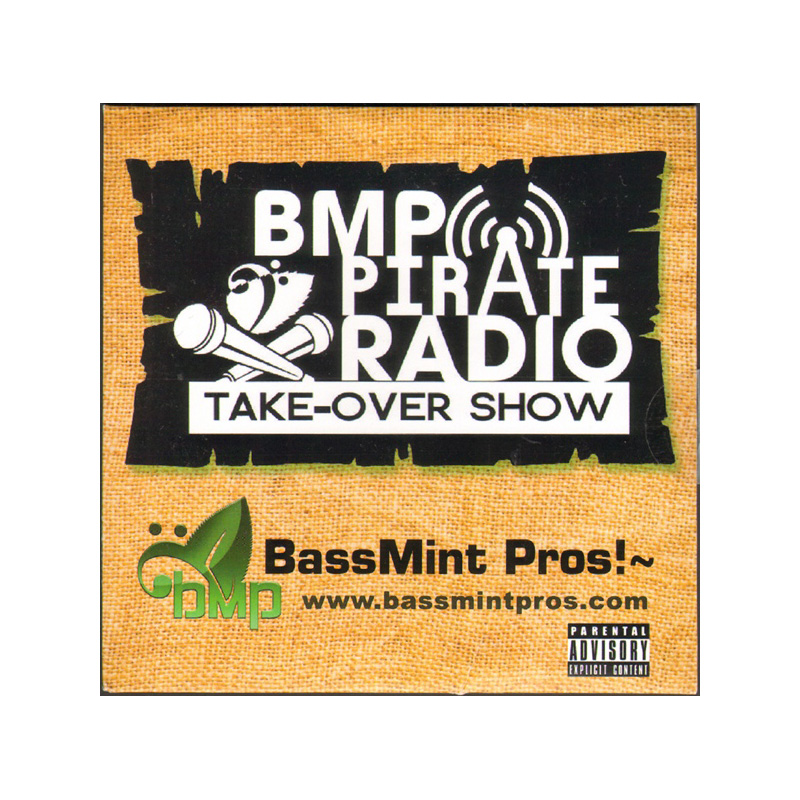 Let me start by saying that BMP Pirate Radio Take-Over Show is something you definitely can’t just listen to as background music. Immediately, the stage is set with a smooth jazz DJ being assailed mid-sentence by Bass Mint Pros, who shout “It’s BMP, mofo!” before all chaos ensues. The album continues in a similar manner, with BMP traveling through the airwaves, rapping over tracks referencing Black Sabbath, The Smiths and Johnny Cash (to name a few) as they gradually take over various stations in “real time” with plenty of static and satirical commercials in between. It’s the kind of concept album that I personally find difficult to swallow, partially due to the sheer length of it all (about 75 minutes), and partially due to the fact that one of the overarching themes of the album is unpacking terms like “hip-hop is dead” and bringing listeners “real hip-hop,” just to use up a lot of time with repetitive choruses and comedy sketches. On the surface, there is a lot of clutter to sift through before reaching the heart of what BMP stands for, which is representing the Ogden hip-hop scene to the rest of Utah, and representing Utah hiphop to the rest of the world. This is all while poking fun of the unique lifestyle of the 801 through faux weather reports, foul-mouthed religious programming, and sound bytes of interviews with Mike Tyson. Tracks like “Way Back When” and “Sunn of 801” have some really solid rhymes and lyrics that definitely shine, and the sheer amount of artists that lent their talents to the making of this album is something to be applauded. Ultimately, BMP have set out to define hip-hop out of the Mountain West, and with their socially conscious comedy and hip-hop, they definitely have achieved a trademark style. –Ali Shimkus