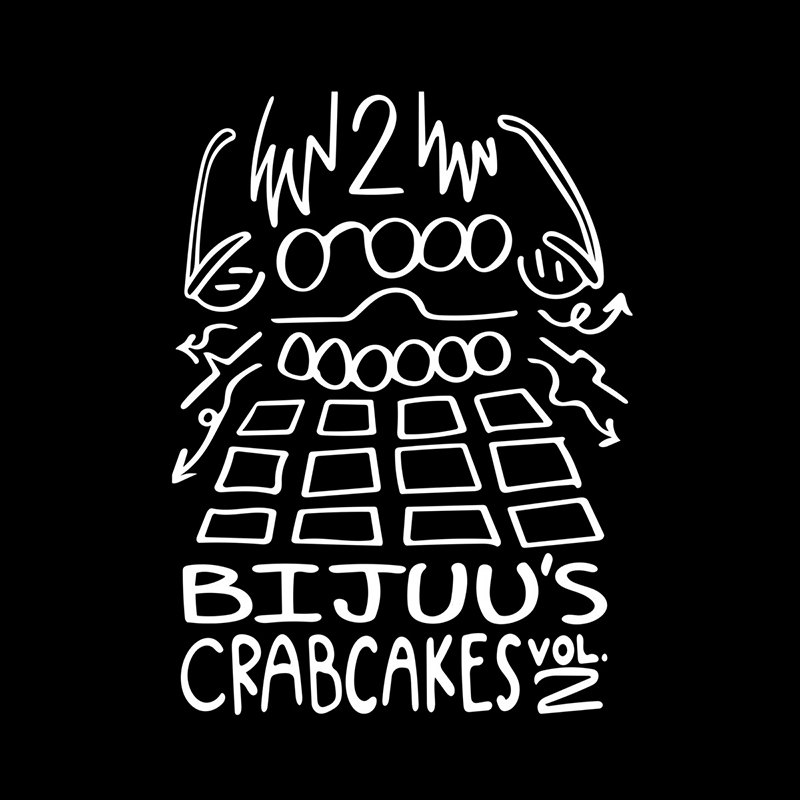 Alex Monday, otherwise known as Bijuu, released his first official album at Uprok in Salt Lake City on April 29 among 30 or so close friends and acquaintances.  The 43-track offering evokes feelings of “the old Kanye”—you know, before his persona was bigger than his music. “I’ve been massively influenced by Kanye,” Bijuu says. “I’m not gonna try and hide it.”

Barely old enough to make it into your favorite dive bar (he made 21 in December), you wonder how a young buck from the valley has such a refined ear for creating loops, choosing beat patterns and selecting samples from the ’70s. Nonetheless, armed with his trusty Maschine Mk II and SP 404 sampler, he has pressed out four total “beat tapes,” if you will (you gotta check out Raspberry Jams, Volumes 1 and 2). Crab Cakes Vol. 1 was an obvious ode to Rocafella’s hip-hop prominence, and Vol. 2 is as well, but the second installation ventures into more current, sample-less, synthetic sounds. With that many tracks, you have to stitch it up, right?

“There’s that trap influence that comes from the South,” says Bijuu. “I’ve been working with some Atlanta-based artists …  I decided if I was gonna do trap music, I was going to put a different spin on it, because [the genre] is really oversaturated. Most of the melodies towards the trap end of the album are samples from old NES games.”

Work like “rooibos,” “she don’t,” “got 2 b,” “good ass job” and “encounter of the 6th Kind” are sure to make heads bob in the Beehive State and beyond because of Bijuu’s knack for putting pleasing sounds together. Trained ears will hear bits and pieces of groups like Red Hot Chili Peppers, Tears for Fears, Alabama Shakes, Tower of Power, Syl Johnson, Shadow of the Colossus (a Playstation 2 game) and, yes, even the Mormon Tabernacle Choir. If you have an album, podcast, video or dance performance coming up, Bijuu is willing and ready to work with locals and anyone else for that matter. You can listen to his instrumentals at soundcloud.com/liveatthebijuu and bijuu.bandcamp.com. –Keith McDonald