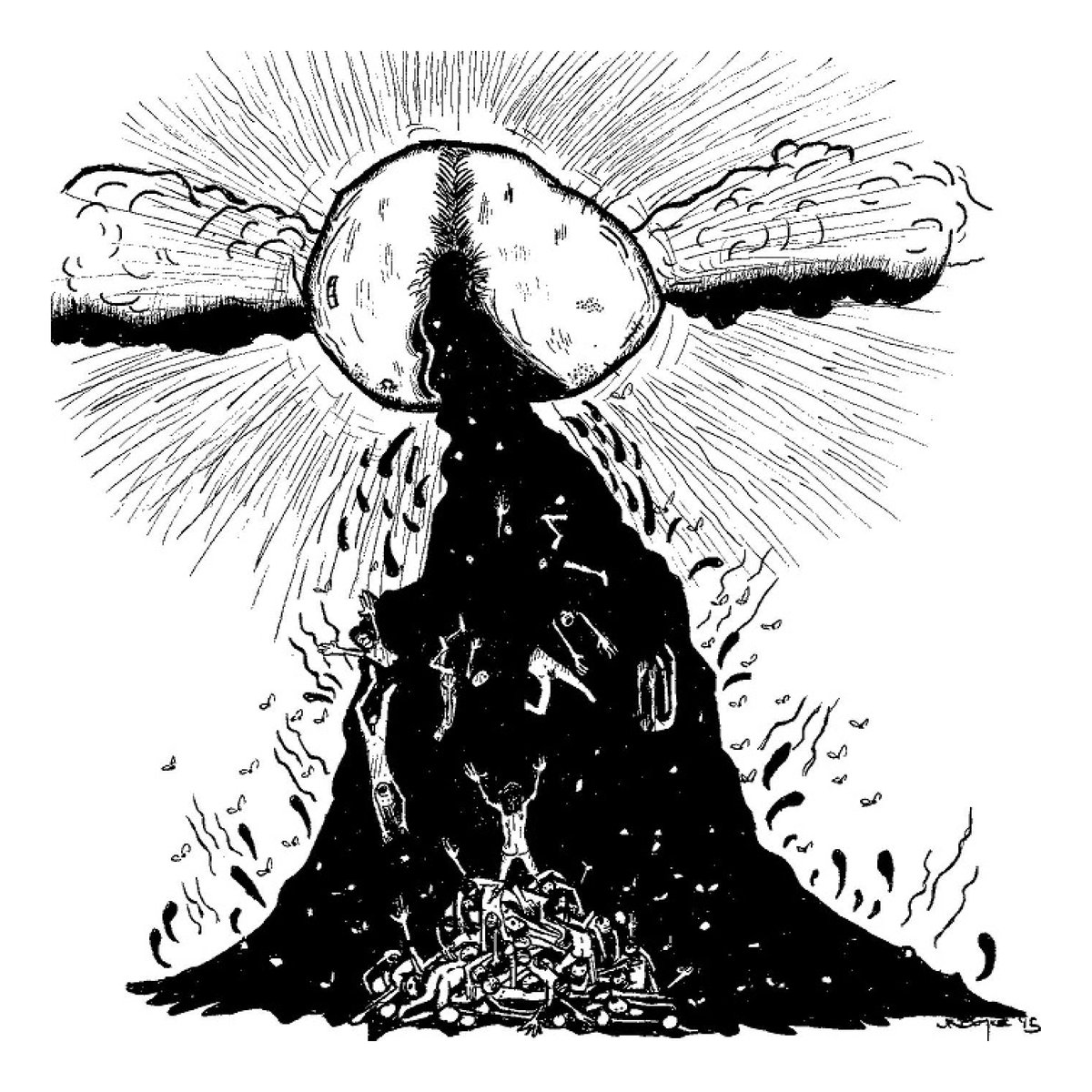 Drew Danburry has been busy for the past 10-plus years. His prolific output in the mid- to late 2000s was something I wasn’t aware of until I began doing some digging to review Bloody Gull. Danburry’s Bandcamp alone contains 24 separate releases, all of varying genres, held together by a common thread of fierce independence. In some ways, his output is not unlike Damien Masters’ of Colloquial Sound Recordings—the man behind A Pregnant Light, Aksumite and a buffet of other lo-fi metal experiments.

After I first made that connection, I understood Bloody Gull. On my initial few listens, I was trying to find the salvageable in a recording that seemed so amateur that I wasn’t sure if it was serious: Were these high school kids just screwing around? But as I listened more, it occurred to me that this is an experiment, a recording that friends put together in a few hours directly to a four-track tape. The guitars are barely audible, which is a shame, because there are some killer riffs hidden in the background. Two different reverb-drenched screams assault from each speaker. This would be lo-fi by even 1990 Norwegian black metal standards.

Musically, Bloody Gull is a punked-up folk metal hybrid with indie tendencies, and all of the lyrics are viking-related. That subject matter has been mined for many years now, but in this style, it was a little surprising. These aren’t epic battle songs, but instead anguished screams telling mournful tales. There is one exception to this vocal pattern, with the third track, “Uppsala,” which is interestingly the strongest on the EP. The guitars are more audible and the vocals are cleaner, making the song a unique, lo-fi punk-indie hybrid that is truly memorable. I can’t help but think of Touché Amoré singing about vikings.

I imagine that Bloody Gull is a one and done kind of thing, but I could definitely get into a full album  of “Uppsala”-style tunes. –Peter Fryer