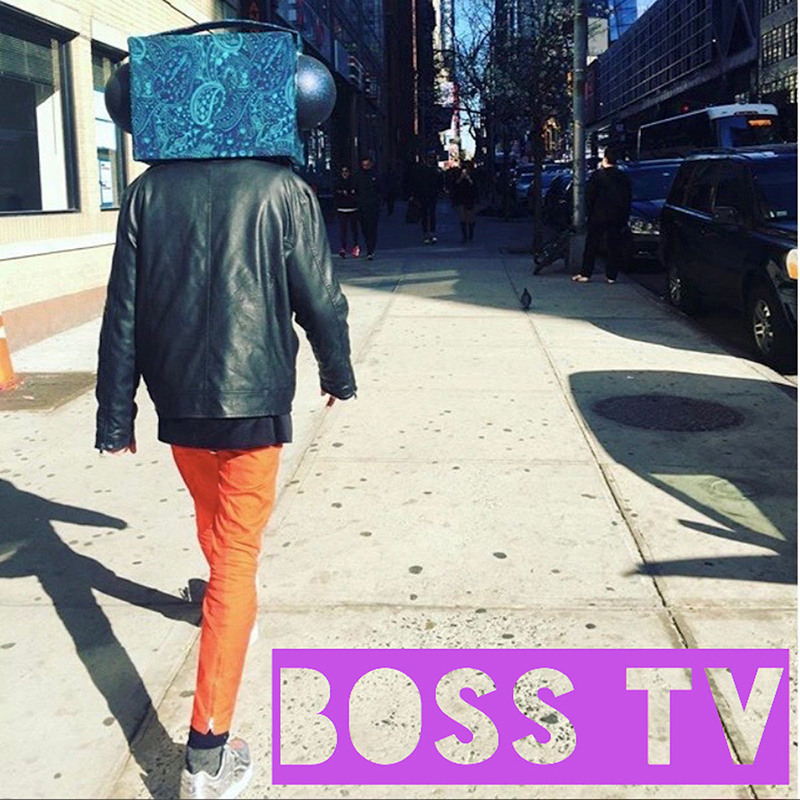 Delightfully weird and electronically hypnotic, Boss TV’s self-titled album is a breath of fresh electronica hitting the scene this year. Recorded over the course of two years and requiring both members to work from different cities, this album speaks to that connection, being both in sync while still throwing in a bit of conflicting styles together. Boss TV is able to touch on so many elements of mid-to-late-2000s electronica that seemed to capture the hipster scene of that time. Songs with building synths, 8-bit bleeps and bloops, and lyrics of just wanting to be left alone—this self-titled album seems to cover every base of that era, all while not coming off sounding like a cheap, nostalgic-sounding knock-off. The album kicks off with “I’m Feeling Something,” a happy-go-lucky track with a minimal build, featuring a simply great synth riff that is accompanied with a thumping kick drum. The track gives the album its initial heartbeat while keeping a fun and funky sound.

The next track “There’s People Sleeping on the Floor,” talks about a humorous post-night out situation, which I feel like anyone who has gone out for a night of fun can relate to. Another standout track for me is the final song, “Turn Signal” an absolute fever dream of a song with a whipping drumbeat, whirling beeping and booping synths, all accompanied with vocal samples, one of which is that of former President Bill Clinton.

All in all, the two years of development put into this album were worth every second, as Boss TV are able to bring something fun and new while still having a familiar sound. Check out Boss TV on their Bandcamp or on Spotify now. –Connor Brady