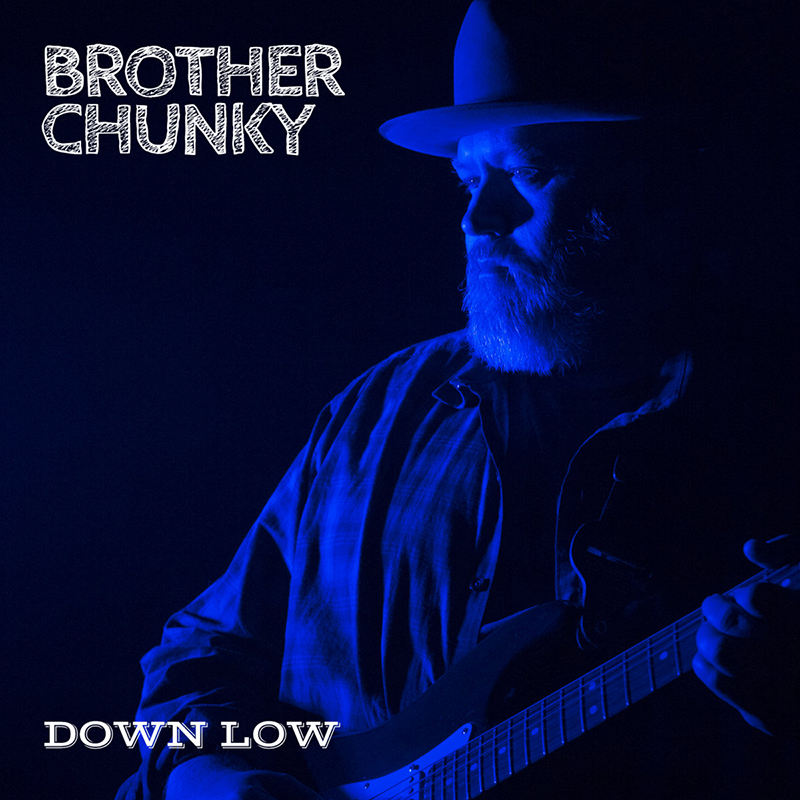 Local singer-songwriter Michael Barclay creates and takes the stage as Brother Chunky. While technically a solo artist, Barclay collaborates with a group of musicians to bring the depth of his musical visions to life. The multi-genre and dynamic “chunky guitar riffs” are especially prevalent on the newest album, Down Low, a 10-track album that lures listeners with the wailing blues and storytelling lyrics.

The album opens with an electrically charged blues track, “Chunky Boogie,” jumping right in with short spurts of lyrics between power high-note picks and chords on the electric guitar—in a “Purple Haze” kind-of-way. What first feels like rock n’ roll subtly shifts toward the blues as the electric guitar fades among the bass, drums and harmonica, lyrics clear and easy to hear. The song is upbeat, full of instrumental variation, and sets the boogie-or-bust standard for the rest of Down Low.

The title track is a funky dancing blues track, that opens with a rolling drum rather than the guitar. The track fuses funk, rock and blues with a simple riff that pauses with the bass in all the right places for Barclay to sing and stop. While the electric guitar maintains the rhythm, Barclay sings, “Do what you’re told … And you’ll be fine.” When Barclay sings, there is an almost unnoticeable deep and low backup vocal. Something so subtle runs the risk of going unnoticed, yet it adds to the complexity of the track and the staple fullness and bellow of the blues.

Brother Chunky often emphasizes the “electric” in electric blues on tracks like “Enlightenment Blues” and “Resignation Letter,” while on tracks like “Shut Your Mouth” and “Things We Seek,” the harmonica stands out, leaning more heavily on the pillars of classic blues. “Things We Seek” begins in unison with the guitar and a noticeable harmonica playing the same two-stepping riff, the instrumental foundation of the track. Between the narrative lyrics and Barclay’s characteristic cowboy “Mmhmms,” plus backing vocals by Morgan Whitney, they sing, “Sometimes / That’s just the way that it goes.” A dramatic pause and a harmonica solo backed with the guitar gives the song the space to jam like the blues are meant to do.

Every note, lyric, transition and genre overlap on Down Low is  thoughtfully constructed without seeming too rigid or staged. From backyard parties to late-night jams, Down Low is the summertime boogie soundtrack carelessly spreading a case of rhythm and blues one track at a time. –Lizz Corrigan