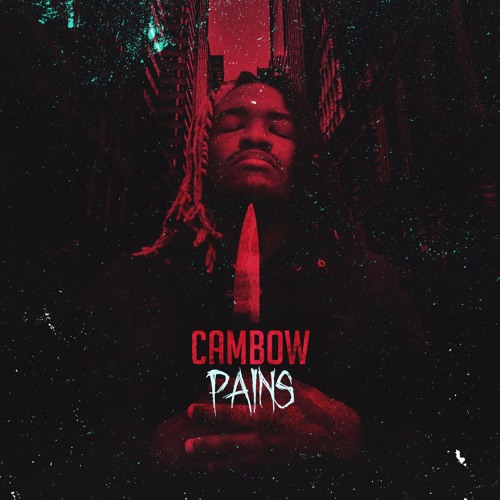 Cambow’s PAiNS doesn’t fit into boxes designed to encapsulate contemporary rap artists. The dark tone of his rhetoric in songs like “Kareem Campbell” puts us into a mind like Tech N9ne’s; however, he has positive angles in this eight-track EP that evoke feelings of solidarity in songs like “TaKare2.0 (produced by Gasky).” He also offers motivational anthems like “COMiN Up (produced by Vocirus)” and Dreams/REALiTY (produced by NIKK BLVKK) that show the young rapper has a sliver of Raury-like optimism. He addresses political issues, self-hate, relationships and mortality with a knack for satire, but he doesn’t find much time to make car references and name-drop trendy labels.

Cambow often expresses himself in a conscious, mature, self-aware manner in his emotional-filled LP. He urges local rappers to stay true to themselves and represent the MCing element of hip-hop genuinely in “BRiEF Case (produced by Razz),” even though he threatens to blow up a building (but takes it back). It’s exactly what you would expect from a mash up of heavy metal and hip-hop … well, without the guitar riffs and screaming. It’s a brash and confrontational evaluation of the Utah hip-hop scene that calls for more unity and less fictitiousness. “If the shoe fit then it is a diss…”

PAiNS is not a buttoned-up Big Sean or Drake release with clean and consistent bars, and besides “SLiDE To The RiGHT,” there are no upbeat instrumentals that you’d hear in a club. Each beat was crafted by a different producer, yet they blend together reasonably. The album sounds professional, yet Cambow seems like he has room for growth and development as far as his craft goes. With a healthy dose of “praying, working and wishing,” he’ll grow his fanbase and reach a wider audience. –Keith McDonald