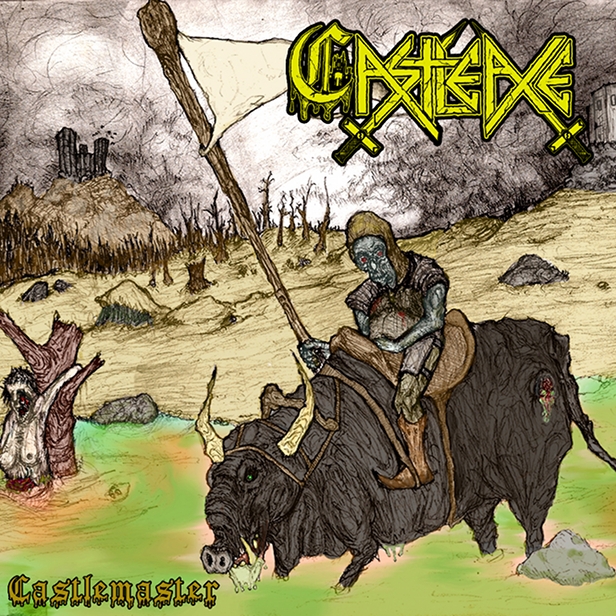 Hark! CastleAxe (formerly Speitre) hath returned with their brand of classic heavy metal, melded with bludgeoning blows of thrash. As the hilt supports the blade, so does Grög’s rhythm guitar with Hölger’s steel-soldered leads in euphonious synchrony. Bard Manchester Smythe thrusts through our ears with alternations between piercing melodies and fierce snarls—he virtuosically illuminates the burden he has borne in witnessing the terror of æons to come by way of “The Philosopher’s Stone” and the honor of battle in “Eternal Konkwest.” The rhythm section—comprised of bassist Prybar and skin-slammer Sürt—strike hot iron in the pounding “Ice Troll,” whose aggressive nature simulates the flesh-eating terror of a beast, hungry for human meat. CastleAxe also evidence their prowess for performance by offering three live tracks—all of which live up to the quality and practiced craft that they exhibit in their recorded work. The late Ronnie James Dio would have christened them “knights of metal.”