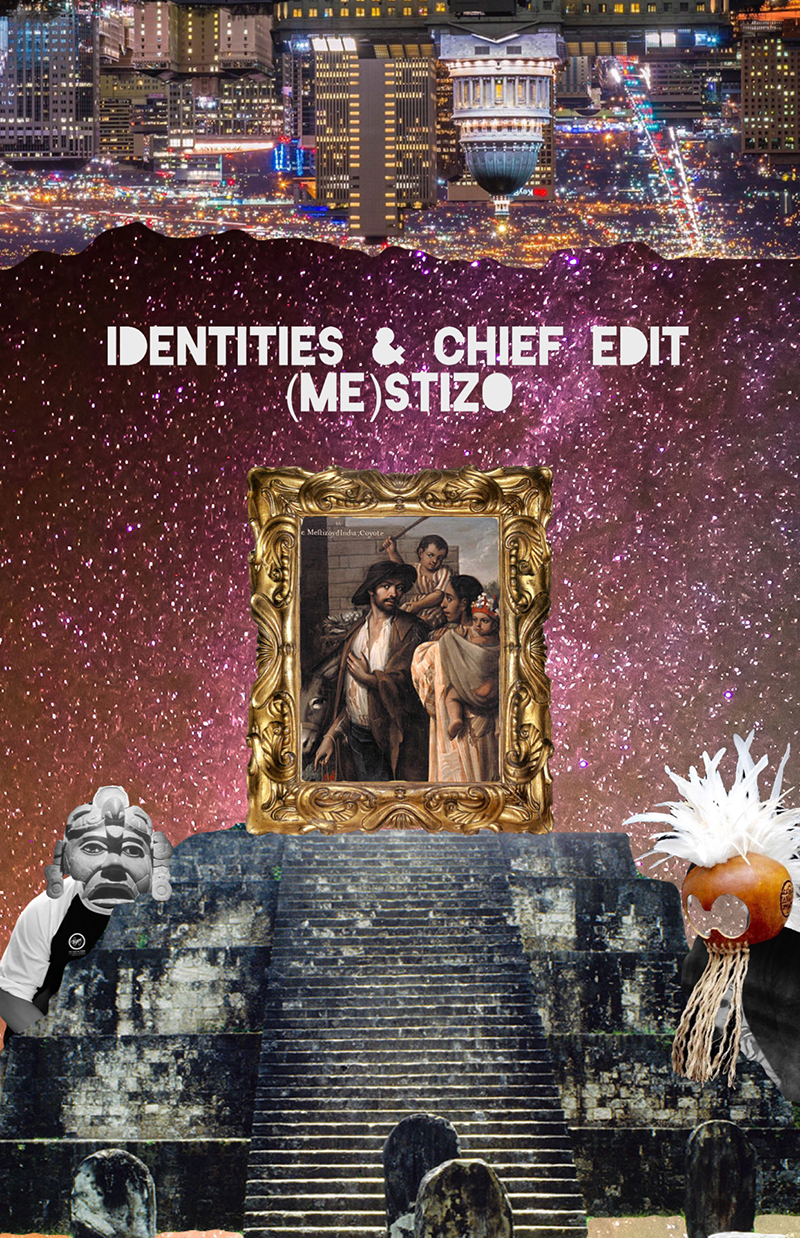 Ever changing and always willing to mix things up, Chief Edit & Identities’ (ME)Stizo is an album that grows and transitions style multiple times throughout. Sitting at just six tracks, Chief Edit & Identities make sure to experiment and show off their ability to be comfortable in whichever hip-hop style they want. The delivery and approach of the album lives up to the name as it mixes elements from all different styles and genres to create a unique standalone collection. The album packs a punch in its focus on a Native American point of view. “Mestizo” is a term that originally referred to a person of combined European and Native American descent, regardless of where the person was born. The album kicks off with “Mazatapec,” a bass-heavy track with a lyrical delivery similar to something from Killer Mike and features a thought-provoking monologue that helps to jumpstart the entire album.

“Mazatapec” bleeds right into “Iosepa,” an emotionally charged track speaking about colonization and the effect it took on natives, and the repercussions that colonization has today. “Iosepa” features a fierce vocal loop that charges the lyrics. (ME)Stizo takes a dramatic shift in delivery and tone as it continues to its third song, “Good People,” a more laidback song with soothing vocals and a chill, trumpet-lead ’90s-style beat. The calming atmosphere continues with “Jose’ Jose’ Jose’,” a slower track with a more modern, sub-bass-heavy beat and soft, trap-style hi-hats. “Stable Genius” offers a darker take with a stoner-style beat with heavy-hitting bass and lingering synth in the back. The track’s lyrics make some heavy and much-needed jabs at the U.S.’ current political climate.

Chief Edit & Identities wrap the album with “Clear Lane,” the most energetic and pop-based of all the tracks featured, with a more focused chorus and club-style beat. Chief Edit & Identities have created something special. Not only have they created six tracks that you will want to hear, but they have also imbued them with an important point of view and approach. –Connor Brady

Editorial Note: The original version of this article incorrectly named the artist and misspelled the track title "Iosepa." Changes have been made to correct these errors.