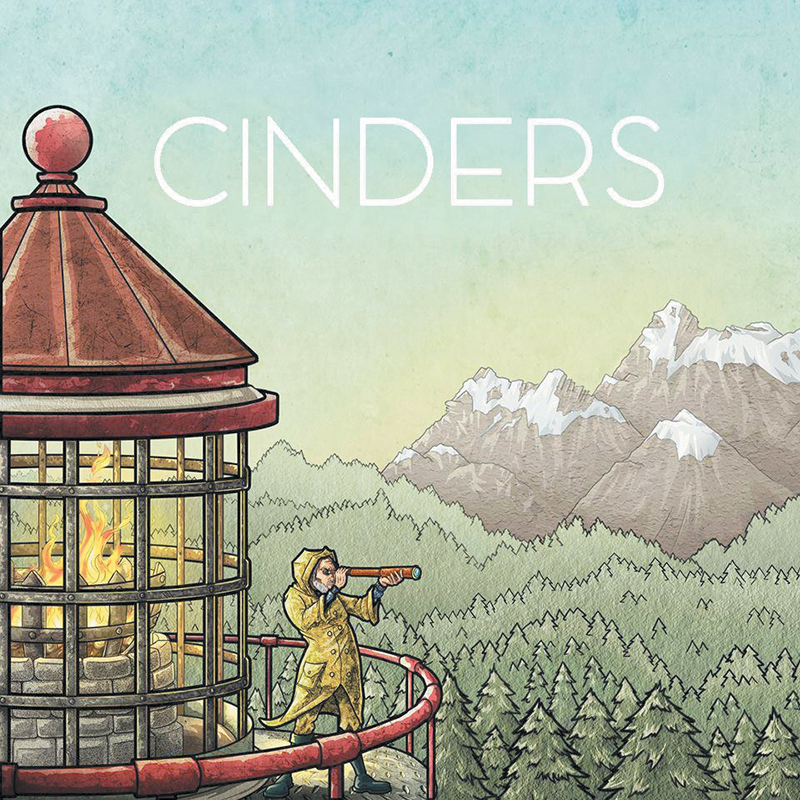 Self-Released Street: 05.27 Cinders = The Head and the Heart + Blind Pilot

Just in time for summer, sun, camping, hiking and road trips comes Salt Lake City’s own folk/indie five-piece Cinders, who have recently released this 12-track, self-titled album. Cinders is constant, feel-good energy from start to finish. The album really gave me the feeling of wanting to stand up and dance, no matter how many times I listened through it.

After doing a bit more research on the band, it’s easy to tell that this good-vibes feel is not just a gimmick of their genre but is ingrained into everything these guys do. The album kicks off with the pure energy of heartbeat-pumping percussion and dance-inducing strumming harmonies on “Dog Heart” and closes out with “I Could Do Better,” which is a bit more soothing and calm compared to the rest of the album. It’s still a fun track that really sends the album off. Their fun-loving presence isn’t only exclusive to their music, either: Cinders have recently released their first music video, accompanying the release of the album, for the song “Like A Holiday.” The video, much like the song, is full of good vibes as different collections of people play in place of or alongside the band, jumping around and rocking out in a true, high-school talent show setting almost reminiscent of the Red Hot Chili Peppers’ “Tell Me Baby” video. The collaboration between each member’s unique music styles fuels the sound of Cinders.

All in all, I love the consistency of this album. Each song is happy and groovy, making it almost impossible to not smile while listening through. Cinders is the perfect album for adding that extra bit of sunlight to summer and for really generating that sense of home. Go ahead and check out Cinders on their website and get ready to get on your feet and groove to some truly great, feel-good, indie-folk vibes. –Connor Brady