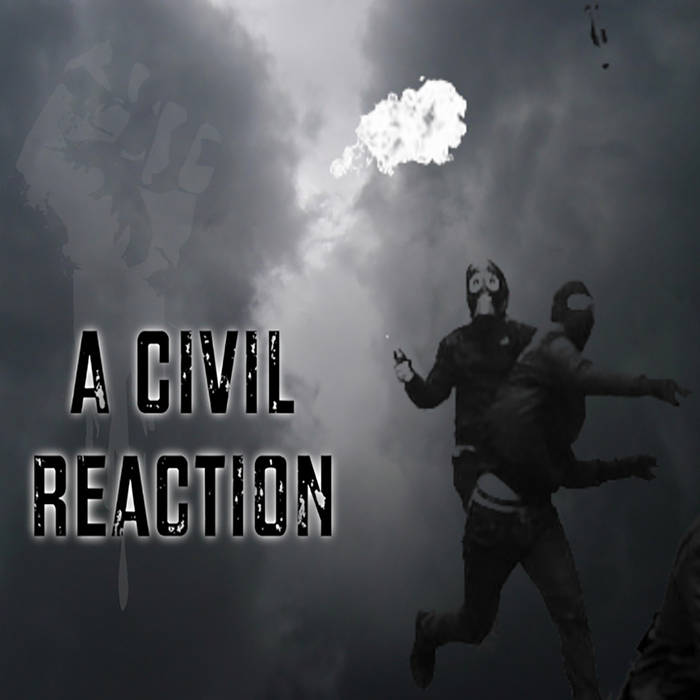 Self-Released Street: 06.14 A Civil Reaction = Adolescents + Bad Religion + Anti-Flag Based on this band’s name, song titles such as “D.C. in Flames” and the cover art, which features a Molotov cocktail in flight, you probably know what you’re getting from A Civil Reaction: Angry, politically charged punk rock. Political dissent and criticism are one of the cornerstones of punk rock, and A Civil Reaction have it in spades. The aforementioned “D.C. in Flames” opens up this EP with a dose that recalls the snottiness of ‘80s luminaries like Reagan Youth and vocals that sound a lot like Tony Cadena, while combining it with the raw, pissed-off style of late-‘90s street punk. The entire EP’s recording quality is a bit on the lo-fi side, but the fuzziness and harshness lend well to A Civil Reaction’s anger and energy. The choppy vocals of “The War Within” make for a fist-pumping singalong, and “We Will Prevail” has a bouncy and infectious sense of energy. My only criticism of this EP from A Civil Reaction is the length of a few of the songs—I would’ve liked to have heard a few more songs with a little bit of variance in style rather than three songs over the three minute mark. All in all, though, this is a fun EP that takes me back to the good ol’ days at Burt’s Tiki Lounge. –Ricky Vigil