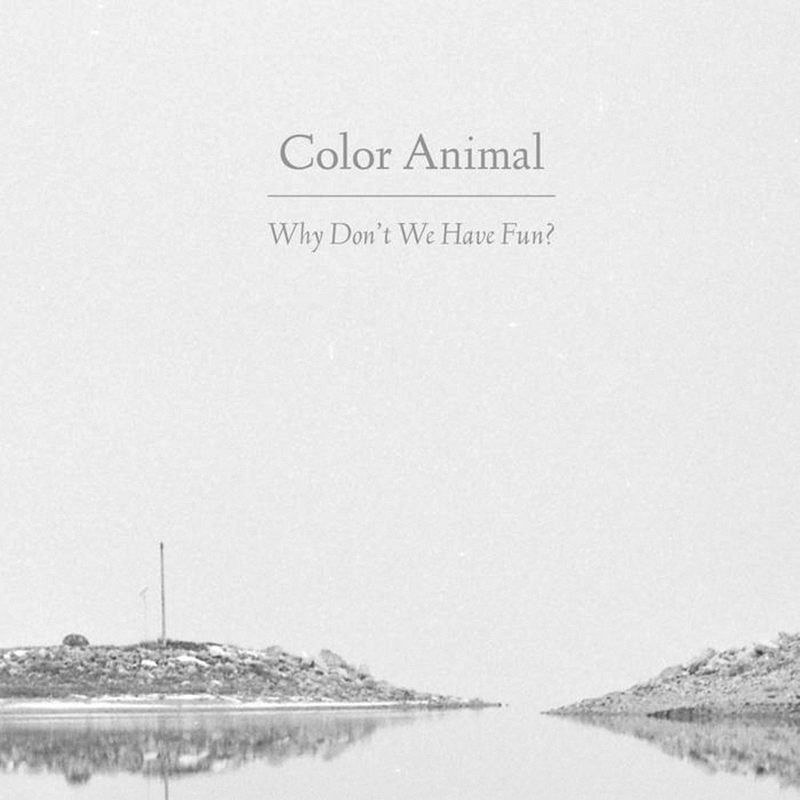 Local Review: Color Animal – Why Don’t We Have Fun?

Color Animal Why Don’t We Have Fun?

The opening track, “Middle Digit,” presents a juxtaposition that angles drummer Tyler Ford’s dynamic, full-bodied style against Andrew Shaw’s buoyant vocals. The succeeding song, “Scumbag,” introduces fresh guitar-chord progressions that descend harmoniously in a manner on par with Ty Segall’s track “Sad Fuzz” from his 2010 release, Melted. It’s with some defiance that Shaw sings in the repetitive chorus, “You are a scumbag / You are a scumbag …” but the song only playfully banters with the idea of spiraling into self-destruction—propelled, undoubtedly, by Ford’s versatile and uncompromisingly dynamic drumming style.

The third track, “Carousel,” is driven by Felicia Baca’s prominent bass lines and the soft overlay of guitarist Seth Howe, both of which complement Shaw’s touch-and-go vocal style on the track. The interjection of an unexpected tempo during the bridge uniquely identifies the song as its own entity among the track list, perhaps only rivaled by “Heal Me.”

“Heal Me” appears at the halfway point of the album—a proficient placement for the tangible emotion that the song carries. Opening with staccato guitar melodies and immediately lifted by Howe’s detached guitar work, “Heal Me” is an impressionistic song immaculately cultivated to reveal layer upon layer with each subsequent listen.

Shaw’s voice dips once again into a timbre with subtle hints of Ian Curtis on the track “Set the Single,” a song immediately identifiable by its introduction of dueling, discordant guitars. Shaw’s slightly rounded-out tone is paralleled by the frenetic drumming trajectory that Ford presents. It’s a musical kaleidoscope that focuses on a diverse set of landscapes within a psych-rock musical moor.

The finality of the last track, “Chemicals Alive,” reflects the overall centrality of the album: At its core, Why Don’t We Have Fun? is a dynamic, infinitely layered album unveiling Color Animal’s best work to date. –Kristyn Porter