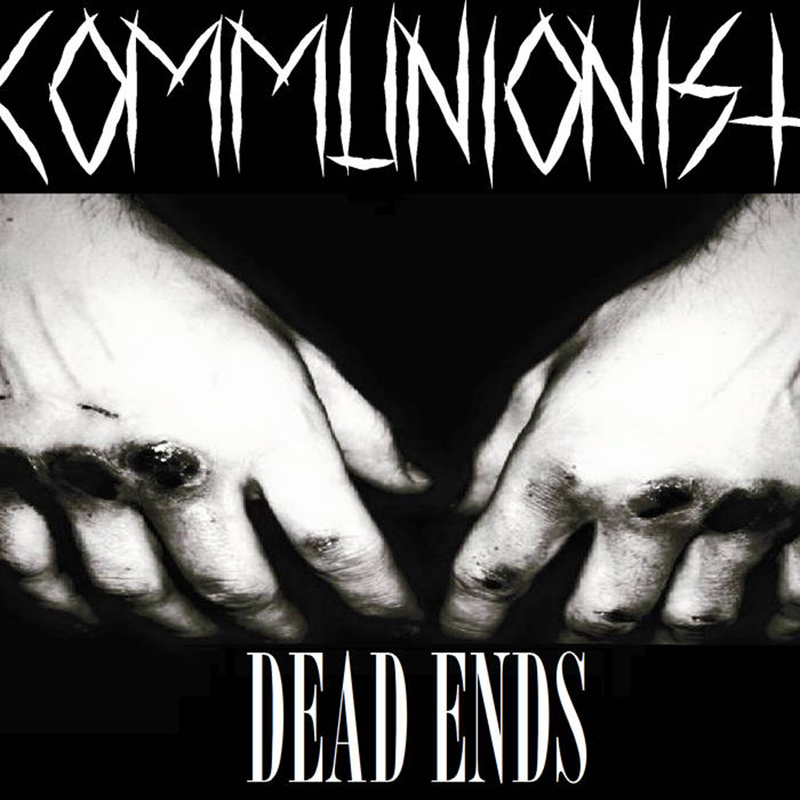 Going into listening to this EP and out of it, I can still say that I’m not as well-versed in the different styles and eras of hardcore—I’m still educating myself. That doesn’t mean I can’t enjoy the tunes. On Dead Ends, there is a swelling of influences, and it’s not all fast breakdowns and aggressive stuff. In fact, one of my favorite tracks is “Suffer in Silence,” which is a more lyrically obscure track, though to me, it feels a bit like it’s about mental illness, which is maybe why I empathize with the song, since I personally live with it. Each song has a strong point and message. The band comprises members of Burn Your World and Winter Burial—a hardcore band and a metal band, respectively. Communionist avoid adding to the styles of said genres and create something vastly different with Dead Ends. Listeners of any sort of heavy or extreme music can enjoy the songs presented here.

There is a large resurgence of all forms of hardcore lately—this is a good thing. I mean, Discharge just released a great album, even after eight years of no full-length records. In a way, Communionist feel like a bit of a throwback, at least lyrically, to SLC hardcore bands from the late ’90s and early 2000s, when the straight edge scene was classified as gang-related and caused some severe disruption in Utah with a lot of violence, including murder. It was a crazy time—my brother was actually assaulted at one point. I almost got a beat down over a minor miscommunication during some local band’s set when I went to see The Locust. Thankfully, those days have passed, and while Communionist talk about some violence in their tunes, there’s no inciting rage or violence from frontman Rich Evans, especially after I saw the band live. However, it’s not safe music. It’s meant to make us feel uneasy and question our own ideologies and ways of life. “Guilt,” which is about animal rights, does a good job at stirring up guilty feelings for those of us that still eat the flesh of animals. There are some anti-religious songs and songs about police brutality. The poignant “Inner Chains” critiques the guilt that the parts of society that condemn homosexuality place upon the gay community.

The musical highlights of Communionst come in the mix of aggression meets down-tuned and grit meets melodic sadness and anger. The recordings have a clear yet raw edge to them. It’s representative of the band’s live show, where things get really raw. Whenever I review any piece of music, the biggest attribute I look for is how the music makes me feel. I’m one of those guys—music is about evoking a feeling in the listener. Dead Ends, to me, feels like what the title suggests: the shitty society/world we live in and the feeling that not much can be changed, but fuck it if we don’t try or only get pissed off about it. –Bryer Wharton