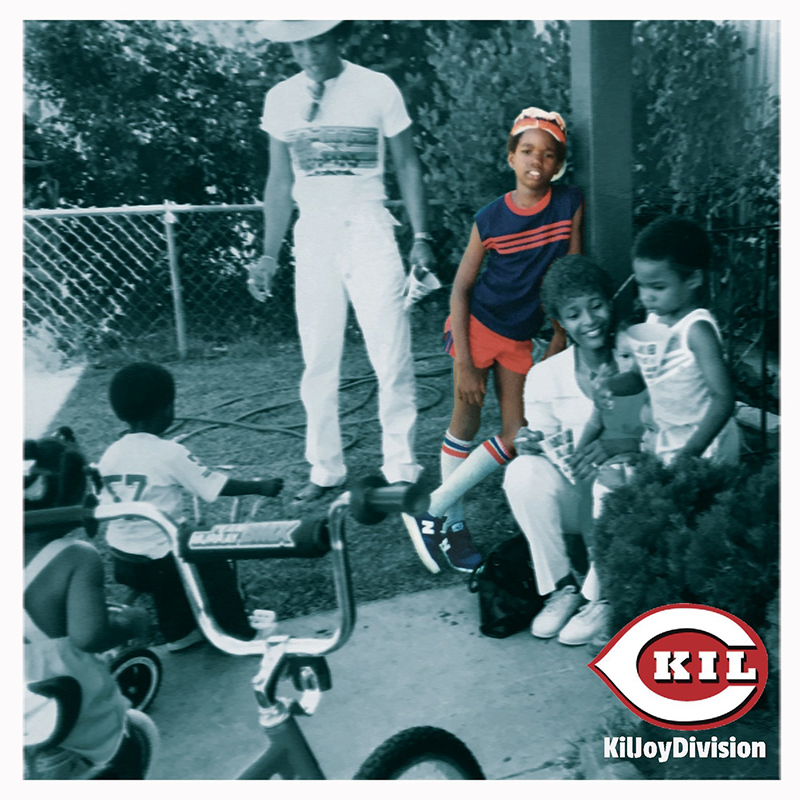 With the release of his most recent album, Kil Joy Division, Utah-based rapper Concise Kilgore has proven that he is going to remain as one of the bigger names in local rap. Kil Joy Division is, like Concise Kilgore’s other works, a heavily experimental yet lyrically versatile album. Recently, Kilgore has achieved a good deal of local success, booking the large 4/20 concert at The Complex, and opening for Denzel Curry in early April. Needless to say, this album received a lot of hype on social media and live, and Kilgore served as a strong local act at both shows.

As a whole, Kil Joy Division is original, and does not stray too far away from what Concise Kilgore has come out with in the past. Throughout the album, there are numerous, old-school hip-hop references and samples that bring a nostalgic feel to the listener. The song “Gb1b” (Griselda Blanco’s first Brick) is particularly strong, with a feature from veteran rapper Rasco, and an older-sounding, MF Doom—style beat. As one of the less-experimental sounding songs on the album, “Gb1b” is proof that Concise Kilgore is a strong lyricist and can fill a song with creative, metaphoric flows.

At times, other tracks on the album seem to veer toward a less tight, more experimental style.  Tracks like “Young Thug or Draw” have more complicated drum loops and samples, which are slightly harder to follow. However, Concise Kilgore is able to maneuver through even the most nonlinear beats with ease, keeping his vocals tight and rhythmic. Though some tracks may be a little too far-reaching at times, it is obvious that Concise Kilgore is working with a specific vision, whether each track is completely successful or not.

If Concise Kilgore continues to open for touring acts in and around Salt Lake City, and if he keeps honing his style and his own unique voice, then there is no telling where he could go.  He is obviously a driven individual and has a unique view of rap as well as Salt Lake City, which appeals to both locals and his other hip-hop fans. Kil Joy Division is a product of hard work, dedication and passion, which shows in Concise Kilgore’s continuing drive to create and perform. –Taylor Hartman