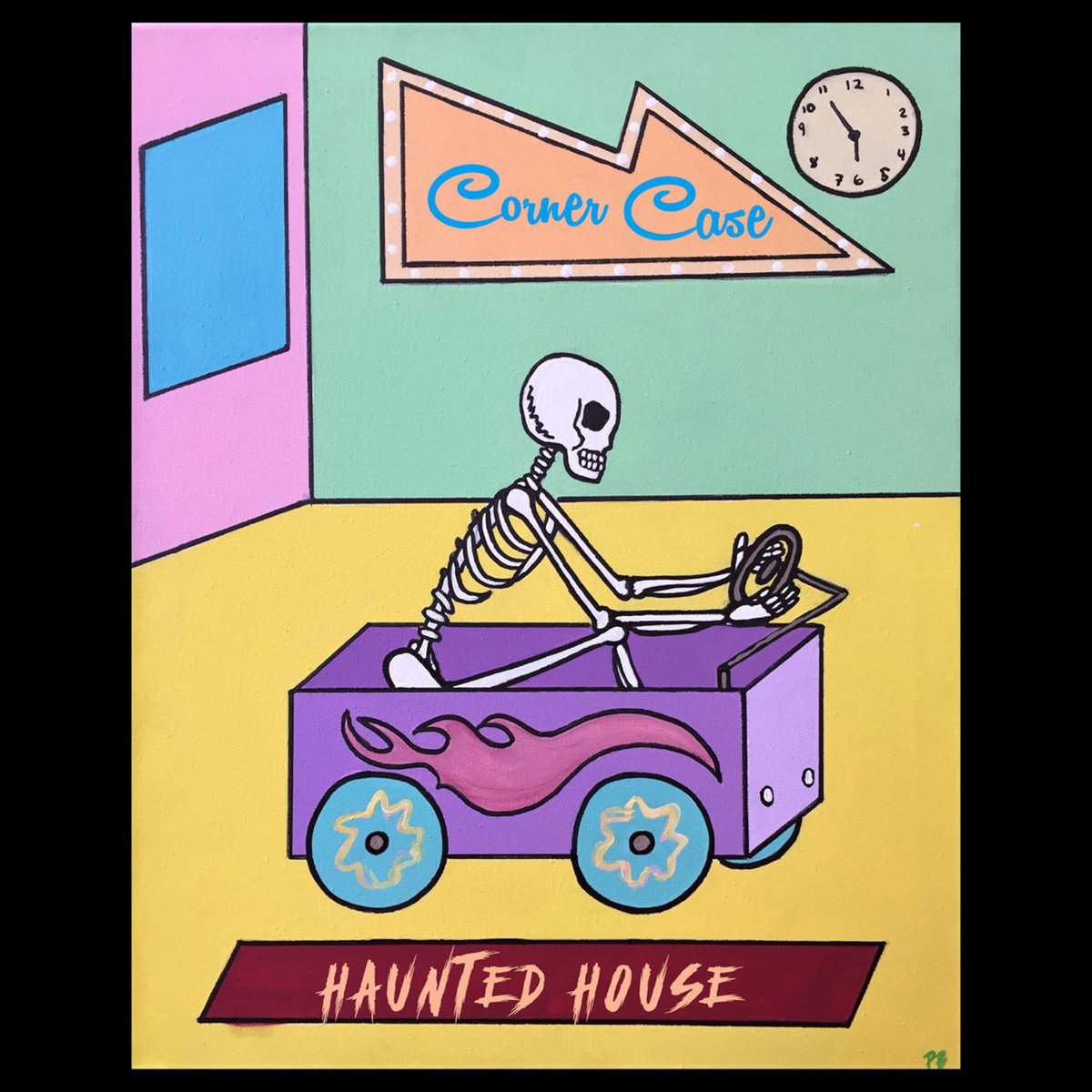 This fall, Corner Case debuted their album Haunted House, and it couldn’t have been more perfectly timed. The seven tracks span a little over 20 minutes long and sound like an ’80s goth revival mixed with a poppy, post-punk feel. It perfectly matches the moodiness one would feel when walking down the cold, windy street in a black, shin-length trench coat trying to avoid eye contact with every passing bystander.

The opening title track, is a sonic spook show for the soul. The up-tempo drums keep the energy high while the electric string section sways between unison and harmonization. Lyrically, the song confronts a familiar presence that lurks around every corner, as if vocalist Landon Young never truly knows what’s reality and what’s all in the dreaming mind.

Unique to the rest of the album is how the guitar breaks away from rocking pulses to erupt into manic solos, leaving the bass to uphold the rhythmic backbone of the song. This is most evident on “A Service,” as the track ebbs and flows between a dark wave dynamism until it disperses into the sweet sound of dissonance.

Something similar happens on “ET,” but this track also adds new layers with the combination of chorus and delay effects on the guitar, giving it a nostalgic, alternative feel. It makes me want to jump up and down and swing my head from side to side. The vocals on this song, along with others such as “Commuter,” amp up the lyrical emotion of the narrator’s longing to be near someone they want, possibly not knowing if it’s what they actually need. The final song, “Nothing,” mixes all the various components displayed through the album and is personally one of my favorite tracks from this record.

Overall, Haunted House is an album that expresses temperamental tones through a well-connected musical trio. As this is Corner Case’s first publicly released album, I cannot wait to see where they go next. Until then, I’ll still be listening with headphones in and a black trench coat on, trying to validate my moodiness and ignore the bitter winter. –Kenz Waldon