Now in its third year, Crucial Fest is Salt Lake City’s own annual music festival featuring punk rock, hardcore, hip-hop, heavy metal and more. For 2013, Crucial Fest is expanding yet again. Taking place from June 26 through 29, and now being sponsored by the City, Crucial Fest 2013 will feature over 60 bands playing at seven venues across four days. Local heroes, national touring bands, handpicked headliners and first-timers will all be represented at this year’s fest, and SLUG spoke with Head Festival Organizer Jarom Bischoff about some of the bands he’s most excited to see perform at this year’s installment. 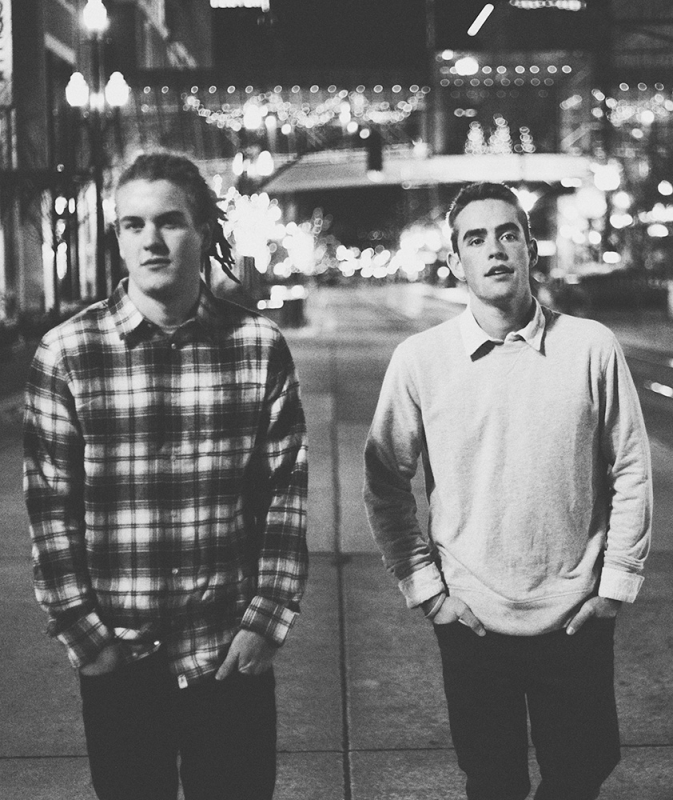 Now in its third year, Crucial Fest is Salt Lake City’s own annual music festival featuring punk rock, hardcore, hip hop, heavy metal and more. For 2013, Crucial Fest is expanding yet again. Taking place from June 26 through 29, and now being sponsored by the City, Crucial Fest 2013 will feature over 60 bands playing at seven venues across four days. Local heroes, national touring bands, handpicked headliners and first-timers will all be represented at this year’s fest, and SLUG spoke with Head Festival Organizer Jarom Bischoff about some of the bands he’s most excited to see perform at this year’s installment.

Cicadas (06.28 @ Wasted Space)
Bischoff: They’re one of my favorite local bands. Cicadas is Kim Pack, who plays in Subrosa and was in Loom, on violin, and Anson Bischoff, who is my little brother, on drums. It’s two-piece experimental doom metal with a violin that’s played through a ton of pedals and comes out really sludgy and low-end. I think they’re the best thing going on in Salt Lake as far as experimental stuff. They used to wear masks and had live painting going on during their live shows, but I think they’re moving away from that and focusing more on being a band and less on their performance persona. They’ve been doing a lot of writing and are ready to record. They don’t have a lot of Internet presence or a Bandcamp or anything, so they’re still very new in that respect, so they’re probably the “new” band that I’m most excited about.
Hurris & Gig (06.28 @ Bar Deluxe)
Bischoff: Their whole theme is Salt Lake City–centric—their music really feels like a little slice of Salt Lake culture. They share the similar feeling I have that Salt Lake is largely overlooked, even more so in the hip hop scene than in the rock scene. I’ve been trying to think of someone to compare them to, and they’d be good for fans of Atmosphere or P.O.S., but I think they’re unique enough that there really isn’t anyone to directly compare them to. I talked to Scott Knopf (Atheist), and he referred me to Hurris & Gig. As Crucial Fest keeps going, I’d like to bring more and more hip hop.
Day Hymns (06.29 @ Shred Shed)
Bischoff: Now that Gaza is done, Day Hymns will probably be a more serious project instead of just a side project. Their lineup is Jon Parkin on vocals, Elliot Secrist from God’s Revolver and Worst Friends on guitar, and Charles Bogus from Parallax is playing with them as well. I haven’t seen them play with him yet, but I could see them being awesome. Oz, who plays bass in Iota and Bird Eater, is also in the band, and he’s one of my favorite bass players. They sound like classic 2002-era, straightforward hardcore. It isn’t super technical as far as having a bunch of time changes—it’s almost Rage Against The Machine–sounding at times, with huge riffs.
Jr. Worship (06.28 @ Wasted Space)
Bischoff: These guys are from Portland. I was trying really hard to get Prize Country to do a reunion show this year, and they were close, but Jr. Worship is pretty [similar to them].  They play San Diego–style punk rock—Hot Snakes or Drive Like Jehu kinda stuff. Jake Depolitte from Jr. Worship used to live in Salt Lake and played in The Kill, Iodina and a number of other bands in the late ’90s.
Black Acid Devil (06.29 @ Wasted Space)
Bischoff: Black Acid Devil is from Boulder, Colo. These guys are kind of the stoner metal front runners on this year’s lineup. They rock really hard and have really loud gear—you’ll wanna wear earplugs when you see them. They’re reminiscent of Queens of the Stone Age, Kyuss, High On Fire—stuff like that. They played Crucial Fest last year, and their recordings impressed me, but their live stuff is way better.
That’s just the tip of the iceberg. Crucial Fest will also be hosting a few bands playing their first shows: Jetty (featuring members of Pilot This Plane Down) perform at Burt’s Tiki Lounge on June 27 and Die Off (featuring members of Starvist) will make their debut at The Shred Shed on June 29. The final day of the festival, Saturday, June 29, will also host a street fair on Exchange Place, featuring local artists and vendors as well as acoustic music. Toronto hardcore rockers Burning Love will also be headlining at The Shred Shed that night with a performance that promises to be memorable and very, very sweaty. Wristbands that allow entry into any Crucial Fest show are just $30 and can be purchased at the website or any Graywhale location, or you can chance it and pay $10 at the door of any Crucial Fest show, though wristband holders are given priority. Visit crucialfest.com for the complete lineup and daily schedule.
Photos: